What is Martial Arts 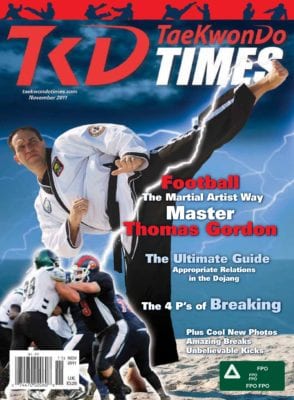 Training together in sparring over a period of time facilitates trust and camaraderie among students. Sparring is an example of a program that is fun and easy to learn. Although I do not have students engage in three-step sparring (Samsusik) on the first day of class, they are given the opportunity to do so on the second day. Students find this practice fun and exciting, even if they do not yet quite perform it properly. It is important to work toward correct technique in one-step and three-step sparring. Beginners stand facing each other, at a distance apart of about one full step in front stance. The higher the belt level, the closer students should be to each other while engaged in this type of sparring. One student is first to defend and the other is first to attack. The student who is defending engages in a defensive body stance with a thunderous kihap while looking straight into the eyes of the partner, thus showing his partner ki, or flow of energy. These actions signify the readiness to engage in the match. A loud kihap is actually the student’s pronouncement to the partner, “I am ready.” The term for one-step sparring, “Ilsusik” can be explained as “one step backward for defense and one step forward for attack.” The three-step sparring term, “Samsusik” refers to the same movements, except that the person takes three steps each way. I incorporate these exercises to encourage my students to respect and form close bonds with each other. The defending student blocks the attacking student’s punch. He then does a counterattack technique. All animals instinctively try to bite each other or attack when threatened and unable to escape. Instinctually, people seem to first attempt to attack each other in the face and indeed, in both one-step and three-step sparring, the punches are directed at the opponent’s face. Students must punch and block each other gently, but there should still be enough contact to keep the endeavor exciting and realistic. Learning how to control the intensity of attacking and blocking gives students self-confidence, along with a sense of achievement, that is gained from hard work and commitment to excellence. In the process of a hard workout, students will perspire and there will be a release of endorphins, resulting in a feeling of elation. Giving out a yell, which signifies one’s readiness, and then engaging in a repetitive offensive or defensive motion will focus the student on his partner’s movements. In sparring, the student begins by using hands and arms, then employs the feet, and gradually learns to combine them together. Sparring practice so absorbs students that they are not usually aware of how quickly the time has passed. They often find the exercise to be so intense that they sweat profusely. The practice is so exciting that the students become absorbed in the depth of their own training. When a male student and a female student are practice partners in the dojang, the instructor must take special care to prevent any problems that might lead to a situation of potential sexual harassment for either practice partner. The instructor must firmly indicate to any offending student that such misconduct is not allowed and will result in expulsion from the dojang. 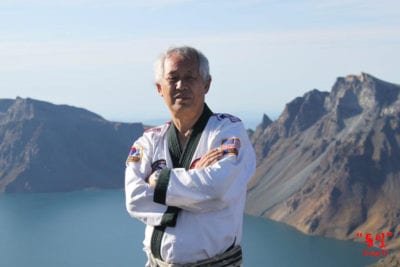 What I Have Learned 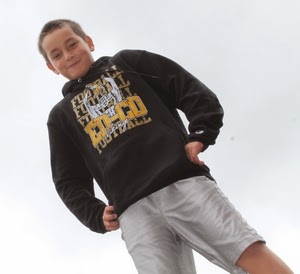 My name is Ethan Staner from Edgewood. Master McDowell is my instructor. I am now eleven years old and soon I will be testing for stripe number one on my black belt. Wow, what a ride it has been to get to black from white! Since I discovered the white building, on the other side of the cornfield, behind my house, I have had the best times learning the art of Tae Kwon Do. Not only have I learned about Tae Kwon Do but I have learned a lot about many other things too.
One thing I have learned is about myself. That is, about my strengths and weaknesses – physical and mental. Soon after I started I learned that I could do the forms and also memorize them. I would learn the basic moves first and then the basic moves became part of all my forms. I am stilling learning forms and moves. I know there are a ton of forms to learn and I am not sure I will ever get to them all! However that doesn’t mean I will give up trying! I have learned how to focus when doing board breaks. My most favorite board break I did was a three board elbow strike with a flying sidekick after. I did that combo at Mr. Mallicoat’s tournament a couple of years ago. A weakness I have discovered is my balance. I struggle with finding my core balance when doing moves and forms. Every form I do at class gives me time to find my inner balance. My favorite move is an elbow strike. I like the form Koryo the best because there are cool moves in it.
Another thing I have learned is about the friendships I have found since I have started. I have met new friends at my dojang, main school, tournaments and the summer I went to the Eagles Nest in Colorado. Because we live in a small town, I know most people at my dojang. The best part is I just get to know them better and then I interact with them more at school. When I go to testing there are always a bunch of people that I recognize from other schools. Going to the Eagles Nest in Colorado last year was an awesome experience. I was lucky enough to go with 2 other kids about my age. We had fun and lots of memories where made!
As I try my best when attending class, testing and tournaments, one of the most important things I have learned is how my mom is always there for me. She drives me to class every week. However, what would be better than a ride from my mom is to have a path through the field behind my house that goes right to the dojang that I could ride my four wheeler to class! Oh and my mom always makes sure my uniform is clean. However, I do take the responsible to hang it up after class so that it doesn’t just lay on the floor. My mom also takes me to tournaments. She has always been in the stands watching me. I know it makes her proud. My mom and I talk about how expensive testing is and tournaments. I am thankful she pays for all of that too.
I have learned about myself, strengths, weaknesses, friendships, and the importance of knowing someone believes in me. Without, all of those things I wouldn’t be the person I am today. I am proud of myself to be testing for my first stripe!