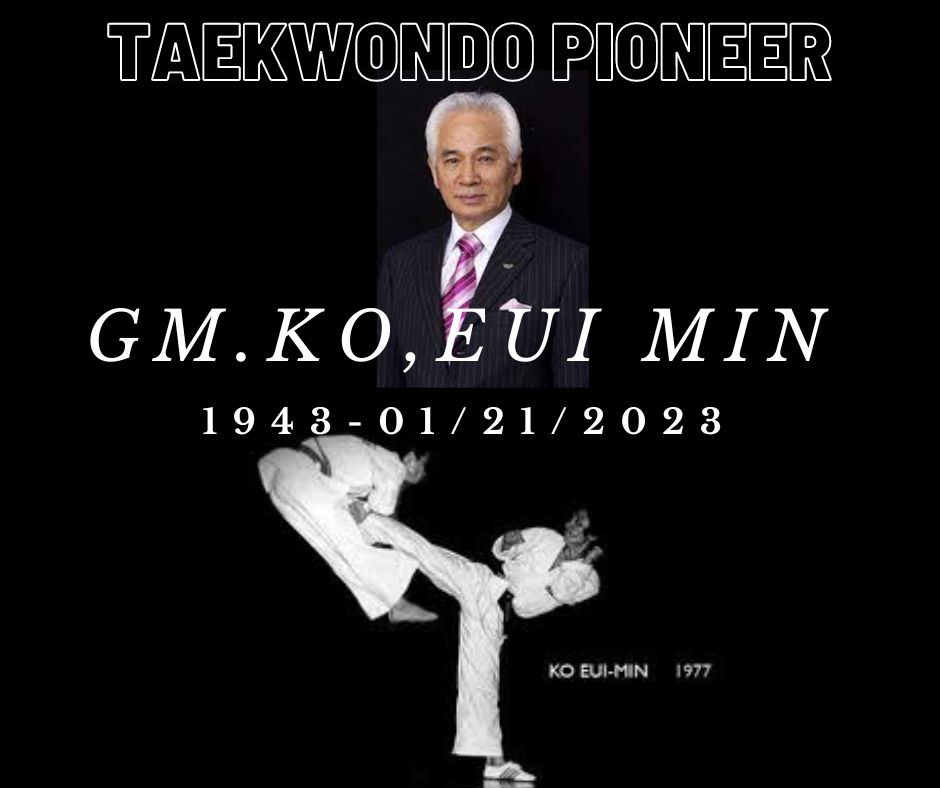 Eui-min Ko, a renowned Taekwondo Supreme Grand Master and former chairman of the World Taekwondo Federation (WT) Technical Committee, passed away on the evening of January 21st at the age of 81.

Born in Onyang, Chungcheongnam-do in 1942, Mr. Ko graduated from Kyung Hee University’s Department of Physical Education. He was well-known for his leadership and mentorship, having produced famous taekwondo figures such as Kim Se-hyuk and Joo Ju-kyu. His contributions to the world of taekwondo will not be forgotten.

“German and European Super Taekwondo Pioneer. Many Taekwondo families around the world send their condolences and will never forget, and we will pray forever.
The family and Taekwondo people will remember the deep Edo.” Jung Woo Jin, Taekwondo Times Publisher

WT also commented on their twitter about the TaeKwonDo legends passing

All at WT were deeply saddened to hear of the passing of Master Eui-min Ko, who passed away. The Korea-born resident of Germany had contributed widely to the sport, and was a former chair of the WT Technical Commission. A memorial altar will be established at WT HQs on Jan 25-27. pic.twitter.com/fFV9sKgrRJ