What can we do with the warrior? 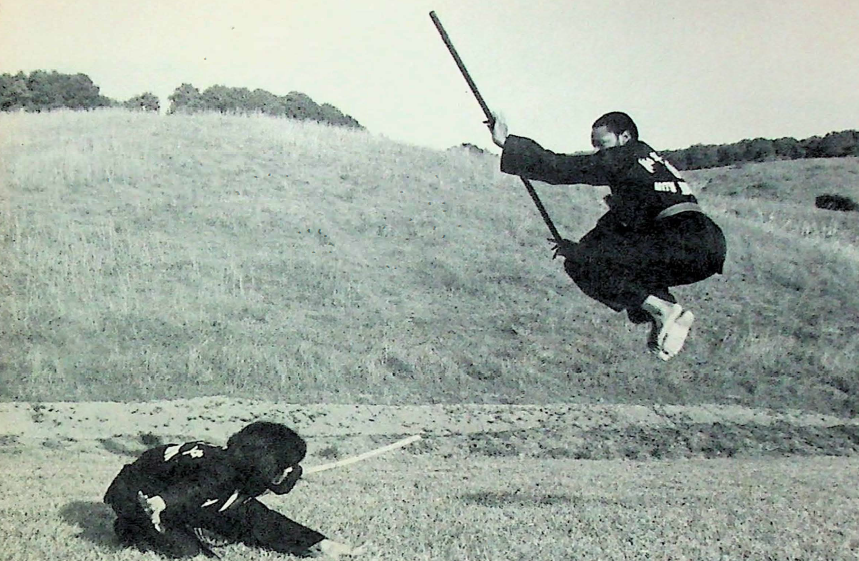 The last two hundred years have been the only time in the evolution of mankind that the abilities of the warrior have not been used in the day to day pursuit of existence.

Urbanization, the building of cities, the gathering of people into mega societies have produced laws by which society lives. The uncontrolled instincts and behaviors that have allowed mankind to flourish are, by necessity, suppressed and are, in some cases, punishable by the laws of today.

I am a product of this urban society. My life and work are involved with architecture and intellectual pursuits. Architecture is problem solving, it is the process of rearranging the components of nature to facilitate the lives and activities of people. The work and dreaming involved in the direction of these activities take place at a forty-two by seventy-six inch desk. My work and life style are gratifying and fulfilling. Yet a part of my being has always been unfulfilled. I have yearned lo express the instinctive warrior we have inherited from those survivors who fashioned our world.

I decided to find a program from which to achieve growth and, in doing so, fulfill my gnawing need. I began running and lifting weights. This personal program lacked a focus and a direction. The movements brought results, yet they were incomplete. I visited various gyms and schools. On January 15, 1981, I began my Tae Kwon Do training.

My first Tae Kwon Do class was overwhelming. The amount of information and physical activity was staggering. Entering the dojang with my white belt improperly tied was to be my first lesson in modesty and perseverance. I was in awe then, as now, of the abilities of the higher belts. I soon became aware of the fact that Tae Kwon Do is taught and learned through example. I left that first class with one goal: to develop the concentration, physical coordination and conditioning needed to achieve proficiency in the techniques that I had witnessed.

After I had attended classes for several weeks, I was tested for the first time. The anticipation of the test was nerve racking. I knew that there was no room for excuses. The experience of the test was a reflection of the life of the warrior, which I sought.

Tae Kwon Do’s continuity has enriched my life. I feel a kinship by choice and by experience to those warriors who were models for the paintings and sculptures done over two thousand years ago in Korea. Tae Kwon Do is truly a viable alternative for gaining the warrior spirit that we all desire.