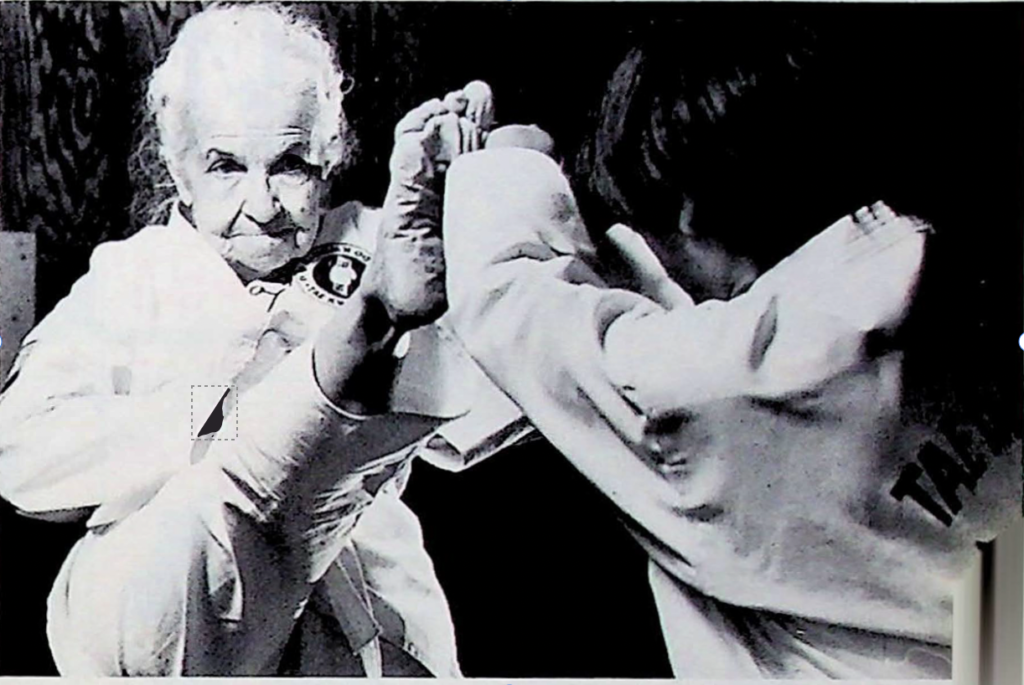 After viewing a Tae Kwon Do demonstration at a senior citizens’ center, Lucille Thompson of Danville, Illinois, decided that this was something she wanted to learn. She told Minkyo Han, a Tae Kwon Do instructor in Danville, “I’m coming over tomorrow.”

There was nothing unusual in this conversation between instructor and prospective student except the fact that Lucille Thompson is 88 years old. Her decision to study the martial arts evolved from her dedication to helping others. Mrs. Thompson plans to teach Tae Kwon Do to the physically disabled once she becomes more accom­plished in the art. 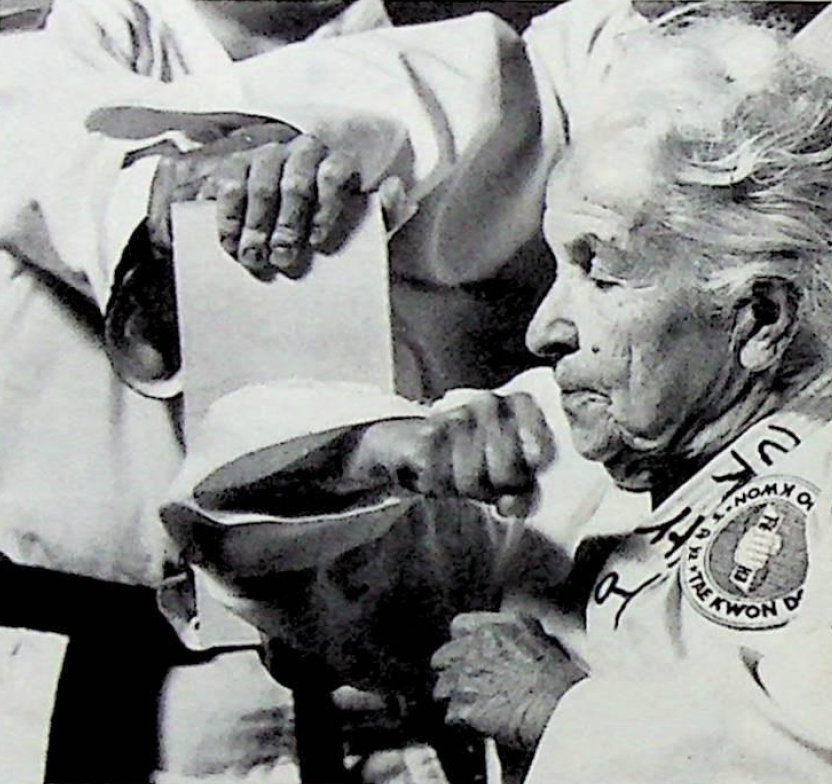 In an article by Dedria Barker in a local paper, the Commercial News, an account of Mrs. Thompson’s first attempt at board breaking was told: Mrs. Thompson raised her elbow once … twice … and then with a quick thrust broke the board in half. “I can’t believe it,” she exclaimed, grinning ear to ear. “I’m going to hire myself out to break up kindling …”