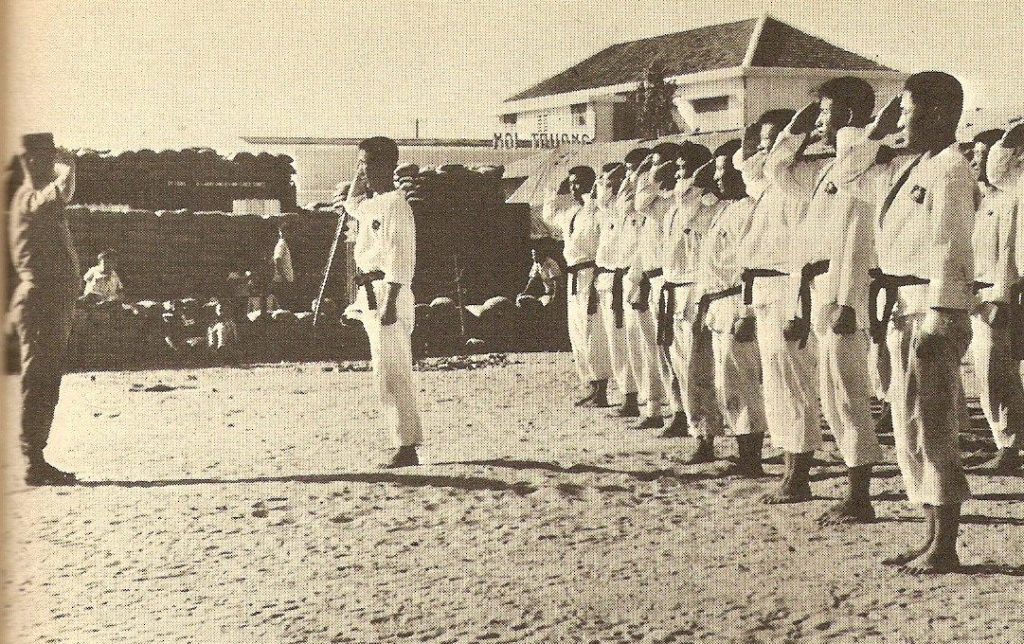 Article originally featured in May 2011 Issue

Check this out: martial arts lore is filled with ancient masters. White-haired or completely bald and rail thin or with huge bellies; their movements are smooth and flawless. There is absolutely no wasted motion in their techniques. They seem supernatural in their abilities and lack of effort to execute techniques. They are filled with wisdom and share that with anyone they deem worthy.

Familiar representations are George Lucas’ character, Yoda, the Jedi master in Star Wars or Yuen Siu-Tien, who played the old master that teaches Jackie Chan Kung-fu in the superstar’s early movies. He is also the most recognized portrayal of the legendary character “Beggar Soo.”

Many martial arts systems have masters and grandmasters who are up in age. They are part of the “old guard,” traditional martial artists who were taught by the founders or are the founders. It is a privilege to be trained by them. They don’t hold regular classes anymore, but have workshops and seminars. They might wear street clothes to hold the workshops or have exquisite uni-forms reminiscent of a monarch’s robes; or they’ll be in the same old uniform as everyone else, but their belt is so old and frayed that you are not sure of its color. It also seems to be held on their waist by a hope and a prayer.

When these unique men demonstrate techniques, it is so flawless, so perfect, that it is beautiful to watch. It is amazing to see them still active and performing at an advanced age when most their age are content to sit and watch life. They still do incredibly precise kicks and punches. Their throwing techniques and joint locks are effortless and smooth, yet quite painful for the recipient. They are testaments to the martial arts lifestyle; embodiments of the tenets, discipline, courtesy and hard training.

What about the generation after them, the ones in their late 40s and early 50s? Well, there is a problem. A lot of them have physical defects such as joint, nerve and muscle damage. One of the most glaring problems is arthritis and it’s buddy, joint replacements; knees, hips, shoulders and so on. A surprising amount of martial artists in this generation have difficulty walking, let alone doing a form.

In my opinion, the problem is multi-pronged. First and most prominent was the younger generation’s quest to prove themselves to be as good and as tough as their Asian counterparts. They did things they didn’t realize at the time would cause them long term damage. I remember back in the 70s watching a class go through throwing techniques without mats. They were practicing on a basketball court. The teacher actually said that mats were silly, if you were ever attacked and thrown, you would never have the benefit of a mat. Well, in the ignorance of youth, they (and I) believed him.

Many martial artists, especially Tae Kwon Do practitioners, performed full power kicks to the air—going full hip and striking nothing. There are things that were done because we were young that now we realize were unhealthy for us. When in the “full flower of youth,” you believe yourself to be invincible, invulnerable and so on. We often ignored sage advice from older and wiser individuals and did what we thought needed to be done.

Another problem we had as youth was “rushing things.” Regardless of activity, when we suffered an injury we often returned to play too early. We didn’t give our bodies the time needed to properly heal. We felt good and were back at it. The hubris of youth is now replaced by the wisdom born of chronic pain. I’m guilty of that too. I had a total hip replacement due to football injuries and ripped my groin three times in a two-year period and well, went back to training way too early.

My teacher had us doing things that I questioned mostly due to the “toughness” factor. After punching makiwara boards and “punching through sand,” he had us put on this foul smelling ointment (a Korean form of Dit Ja Jow) on our hands and knuckles. We also used it on our legs after strenuous kicking. Believe me, this stuff smelled so bad it would make a rotting corpse hold its nose. But because we did it, none of us have arthritis or joint (outside of my hip) problems.

One of the benefits of getting older should be the blessing of knowledge and experience. How many times have we heard the adage “work smarter, not harder”? I’ve heard many an older tournament fighter say that they’ll let the “young kid” do all the jumping and fancy techniques and then simply step forward and punch them. Simplicity and ease of execution of technique is the key. That is one of the blessings of age and experience.

But a lot of masters do not practice that in their dojangs. It may not even be a matter of being able to do a particular tech-nique, but rather, it may not be necessary for you to execute the technique. Sure you may be able to jump a flying side kick, you may still do it in special demonstrations; but it’s not necessary for you to do it every day in class.

There must be a balance in the training; there must be soft as well as hard training. Too much hard, too much ballistic impact is never good for the body. Asian masters understood this for eons, so in their personal training, they included what I call Nei Gong Sul (inner power techniques). These include breathing exercises and gentle muscle movements. There are Korean ver-sions of Tai Chi and Chi Gung which have been practiced for years. The ancient form “8 Pieces of Brocade” has been practiced in China, Japan and Korea under various names, but it is still essentially the same form done for the same health and energy reason. If you do not know this form, then practicing your forms slowly and watching your breath is one way to introduce these concepts to your personal training.

We must start doing this, other-wise we will not join the ranks of the legendary ancient masters. We will simply be…aging masters.