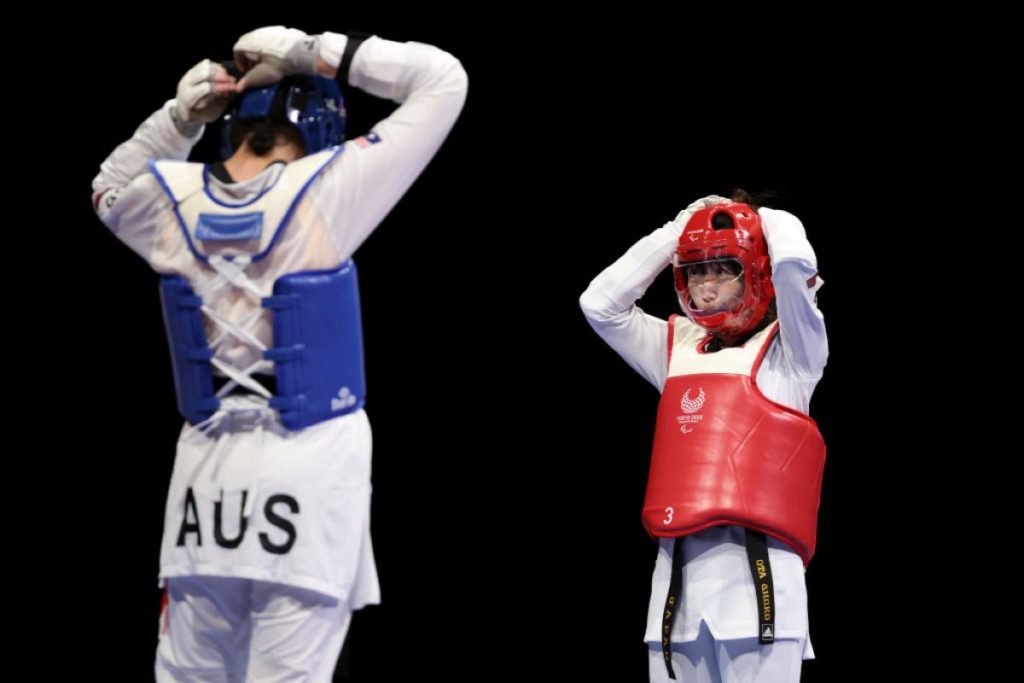 Record audiences for Para taekwondo are expected in Manchester, both in terms of live audiences as well as TV broadcasts.
ⒸLintao Zhang/Getty Images

By World Taekwondo and IPC

Para taekwondo is set to mark another first by seeing Para athletes fight alongside their able-bodied counterparts in real-time when the Para Taekwondo and Taekwondo European Championships are held concurrently for the first time this month in Manchester, Great Britain. Para taekwondo stars will have an opportunity like none before when they step up to the mat at the European Para Taekwondo Championships, to be held from 19-22 May, as they will be fighting side-by-side with their able-bodied teammates. Record audiences for Para taekwondo – both live and on TV through event broadcaster BBC – will add another element of excitement for the athletes. And it is not just the Para athletes who are pumped. “The Olympics is all one ring, but at the Europeans – it’s one hall and it’s not just Olympic athletes. We also have Para athletes competing as well – the first time it’s been fully integrated. So, fans will get to cheer on the whole team”, Great Britain’s former world champion and Olympic silver medallist Bradley Sinden told the Yorkshire Post. “We train together, so it’s about time we compete together”.

A step towards equity

The event will mark one of the first examples in the Para sports world of Para athletes competing alongside their able-bodied counterparts. Equity between able-bodied and Para athletes has long been a goal of the International Paralympic Committee and several Para sports have been featured at able-bodied world championships, including athletics – but only as a “demonstration event”. Rarely are competitions held concurrently. Often, Para competitions are organised together with able-bodied competitions, but Para tournaments tend to happen before or after the able-bodied competitions. The result of holding the competitions together will be more people seeing Para taekwondo for the first time. The Manchester 2022 organisers, through the guidance of Great Britain Taekwondo, led to the implementation. The plan is for the same set-up at the Grand Prix event in Manchester later this summer. Having able-bodied and Para athletes compete concurrently is an idea taking root in several Para sports. Next month at the Oceania Athletics Championships, Para athletics will for the first time hold Para competitions concurrently with able-bodied competitions. “In a world first for International Athletics competitions”, reads a press release from Oceania Athletics, “Para athletes will compete for Oceania Championships medals at the same time (and) at the same venue (as able-bodied athletes)”. That Para taekwondo will be the first to do so clearly impresses the European Taekwondo Union, which recently restructured its European Para Taekwondo Union (EPTU). “The EPTU will raise the visibility of taekwondo as a Para sport in Europe and will encourage more youngsters in particular – but not only in this age group – to take up taekwondo as a Para sport”, said Dr. Susan Harris-Hummert, vice-president of the European Para Taekwondo Union. “Seeing Para taekwondo events running alongside non-Para events at the upcoming European Championships in Manchester is a particular pleasure to us”.