How Tae Kwon Do Saved My Daughter 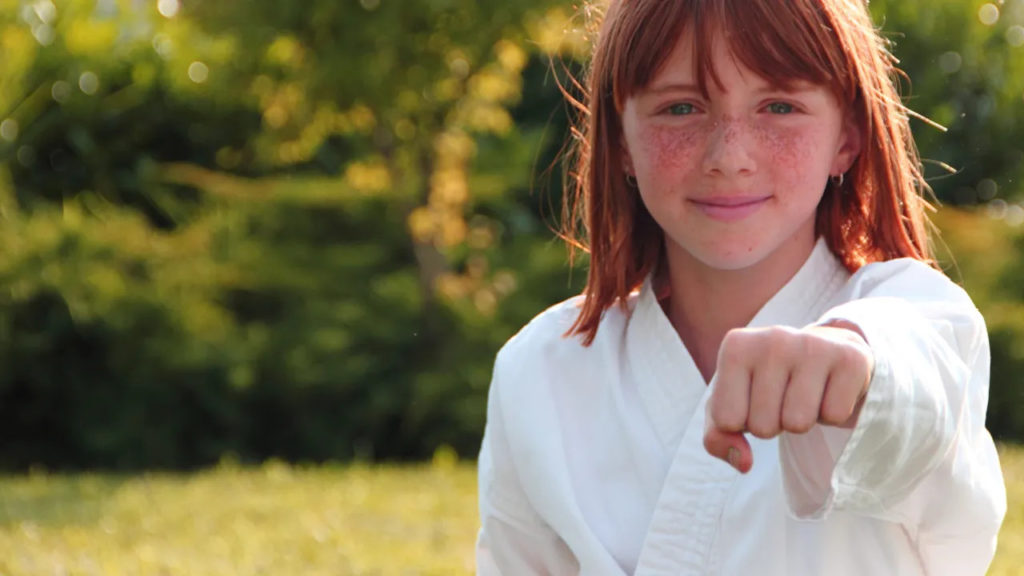 How Tae Kwon Do Saved My Daughter

Martial arts turned out to be just right for Abbey — signing up my nine-year-old daughter for tae kwan do worked wonders for her self-esteem, her friendships and her confidence. 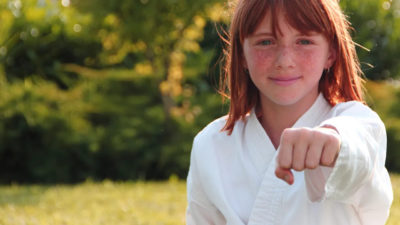 Tae kwon do came into my daughter’s life around the same time as her diagnosis of attention deficit hyperactivity disorder (ADHD or ADD). Actually, her diagnosis came about because of tae kwon do.

After watching me take classes all summer, Abbey decided she wanted to try the sport. On the morning of her first lesson, she sat in the observation area waiting for me to finish my class.

Suddenly, two police officers showed up and stopped the class. “Did anyone here call about an emergency?” they asked. It didn’t take long to figure out that Abbey had sneaked into a closed office, picked up a cordless phone, and dialed 911. Twice.

The policemen were kind and understanding. I was not. Abbey had once summoned the police to our home. In fact, Abbey’s aptitude for creative mischief at home and school had prompted her pediatrician to ask if we had ever had her evaluated for ADHD. My husband and I were in denial.

One look at my daughter’s face that morning, and it was clear that she didn’t understand why she had called the police. This incident led me to get Abbey evaluated.

[Self-Test: Could Your Child Have ADHD?]

Getting a Second Chance

Fortunately, the sympathetic tae kwon do master said that Abbey could take lessons, but she had to wait a week before starting training. Abbey adored Master Boles from day one — she got him and she got the sport, excelling at it. She felt successful at something, for the first time in her life.

Until then, she had quit every activity she tried: piano took too much patience; soccer’s fast pace was overwhelming; gymnastics had too much down time. Martial arts turned out to be just right for Abbey.

Getting an accurate diagnosis and the right ADHD medication made a big difference in her life. Abbey hit the ground running as she entered fourth grade, and never slowed down. She wanted to make up for the previous three tough years.

[Free Guide to Activities and Sports for Kids with ADHD]

While much of the change could be attributed to medication, tae kwon do also contributed to the metamorphosis. She developed friendships away from school, away from classmates who occasionally called her “weird” because of her ADHD.

At tae kwon do class, no one remembered her as the third grader who hid under the teacher’s desk. Tae kwon do gave her goals, and recognition for each step she took toward those goals. Most of all, the sport gave her confidence.

This became clear after Abbey had been training for six months and was trying to earn her next belt. The other kids had completed their “exam” — breaking boards with a powerful leg kick.

When it was Abbey’s turn, Master Boles reached for an even bigger, thicker board. From the sidelines, I panicked. “That’ll be too hard!” I said to myself. Abbey said, “Cool,” kicked the board in two, and flashed me a grin.

I could hardly believe it. I was so happy for her and so relieved that she met the challenge. Before Abbey received her ADHD diagnosis, she often called herself a loser and said she wanted to die. She wasn’t even 10 yet, and she had given up on herself.

Worse, she didn’t have any hope that things would change. When I took her back to the doctor, to determine why she was struggling in school, she said, “Whatever. It won’t help.” All of that changed.

New Kid on the Block

When Abbey asked if she could compete in a major tae kwon do tournament several months back — she had already won a small tournament in her school — I weighed the positive changes in Abbey against the inconvenience of getting to the tournament site. It was two hours away, and the timing wasn’t good for the family.

“It’ll mean more than four hours in the car,” I told her one night, as she got ready for bed. “Why do you want to go so badly?”

Abbey stopped brushing her teeth. “You know, mom, I’m remembering how good it felt to stand on the first-place podium,” she said. “I just want to feel that again.”

“Why this tournament? Our school will have another one next season.”

“But what if we travel all that way, and you don’t get to stand on the winner’s podium?”

Without hesitating, she answered, “Well, then I’ll stand on the second-place podium!”

I knew then that I’d move heaven and earth to give her the chance to try. After she had come this far, how could I not agree to drive her a little further?

So we climbed into the van the day of the tournament and drove two hours. Did Abbey win? Did she get the chance to stand on the winner’s podium again? Did it make a difference?

To me, Abbey was a winner before we pulled out of the driveway. And, the best thing of all, she knew it.