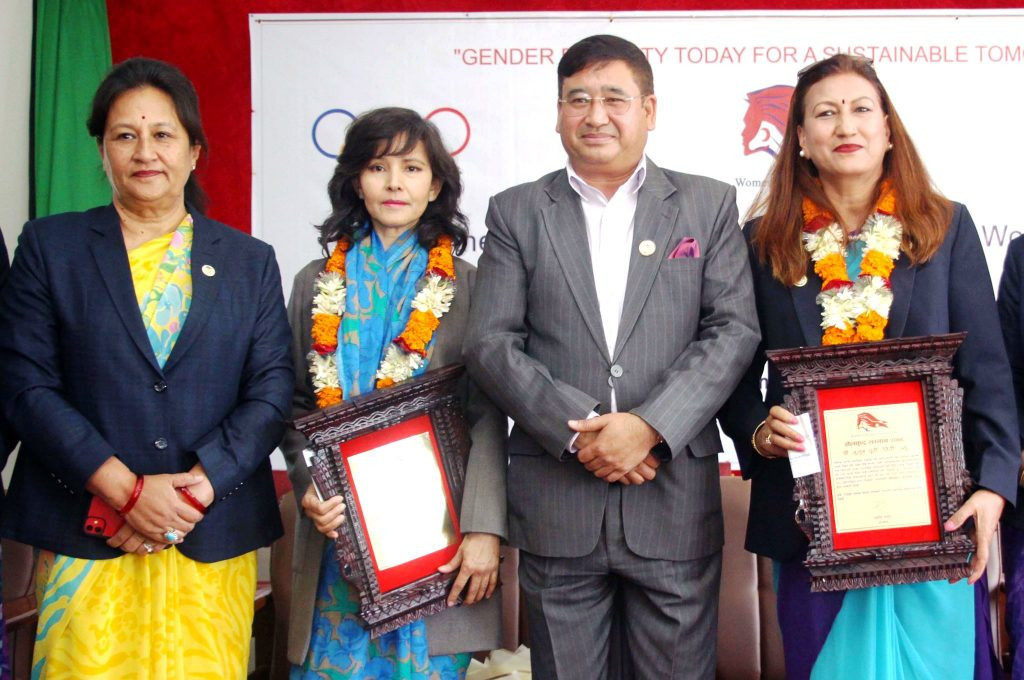 The Nepal Olympic Committee’s (NOC) Women and Sports Commission has honoured Sudha Sen Malla and Julum Puri Giri with cash rewards for their achievements in taekwondo to mark the 112th International Women’s Day.

Malla, handed a technical award, and Giri, the recipient of the administration award, were presented with 25,000NPR (£150/€190/$200) with a letter of appreciation by NOC President Jeevan Ram Shrestha as a part of its felicitation programme.

Giri was amongst some of the first Nepalese taekwondo practitioners when the sport started in the county in 1983 and she later became a black belt athlete.

Over the course of the last three decades, she has been managing responsibilities as an employee of the Nepali Government body, the National Sports Council (NSC), which the NOC is a member of.

Shrestha stressed the importance of women’s participation in Nepali sport and promised the NOC is handing priority to ensuring women has a strong sporting presence.

He added that Malla and Giri have made an unparalleled contribution to Nepali sports.

The programme was overseen by Jyoti Rana, chairperson of the commission and vice-president of the NOC.

original story from inside the games