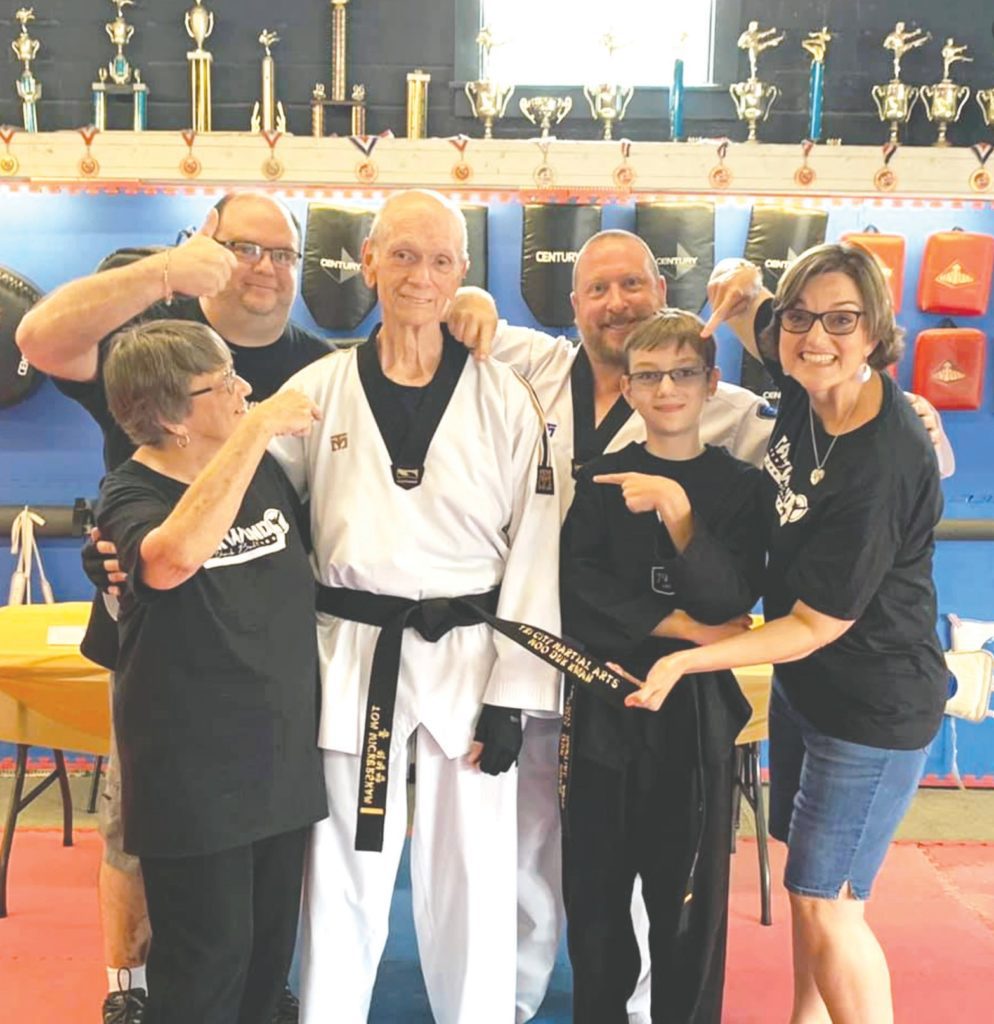 Tom started TaeKwon-Do when he was 68.  After years of training he has finally completed his black belt.  Tom proves that it is never to late to start TaeKwon-Do.

“I kept going and trying it out. A few months later, I had the first belt,” said Mr. Wickersham. “It kind of grows on you. Once you start getting these belts and you start accomplishing things, you see that you can do some of this.” – Tom Wickersham

Tom has spent years battling cancer since a 2015 diagnosis.  “When he got diagnosed with cancer in 2015 we never thought we’d be able to do this or anything else. He just didn’t know how far he could go or not go, or even if he’d still be here” Says Toms Wife.  Tom is celebrating his 1st Dan Black Belt.