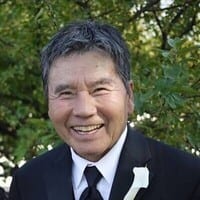 Our sympathies go out to Tae Kwon Do Pioneer Chang Hae Choi family.

Ten years ago Grandmaster Chang Hae Choi had brain surgery all his Black Belts bent knee, head down on hospital floor in meditation/prayer.  All hospital staff could not believe this kind of jester.  Never seen this before.

Every year, 2 times a year his black belts invited him to seminar, due to his brain surgery he doesn’t really remember.  Students wanted to see him and enjoy his physical presence.

On Friday, May 8, 2020 Chang Hae Choi, loving husband and father of three children, passed away peacefully at home at the age of 80.

Dedicating his life to martial arts, Master Choi’s teachings that engaged the mind, body and spirit in harmony, enriched hundreds of Chicago’s youths and adults. His traits of strength and art were exemplified in his love for family, golf, and landscaping creations.

He is survived by his wife Seung Julia, his three children, Kang (Tessa), Sooa Devereaux (Arthur), and Ki (Erin), his two sisters, and six grandchildren.

Born in 1939 in Dae Gu, Korea, International Grandmaster Chang Hae Choi began his Tae Kwon Do training at the age of 12. He achieved the rank of Black Belt at age 16. During his first seven years of training, he practiced three times a day, seven days a week. He holds an 8th degree Black Belt in the formal Chang Moo Kwan style and has gone on to develop a new style called Tong IL (Kwan Jang Nim). His first school (Do Jang) was located at 3596 N. Milwaukee Avenue in Chicago, Illinois.

Grand-master Chang Hae Choi also holds the rank of Black Belt in Hapkido and in the sport of Judo. His experience includes teaching, judging, and giving demonstrations in Germany and Canada as well as many locations throughout the U.S.