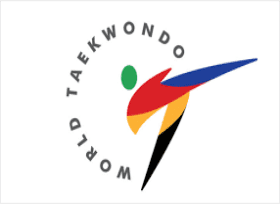 The IOC, IPC, the Tokyo 2020 Organising Committee, the Tokyo Metropolitan Government and the
Government of Japan announced on 30 March that the Tokyo 2020 Olympic Games will take place
on 23 July – 8 August 2021 and the Paralympic Games will follow on 24 August – 5 September 2021.
As a result of the postponement of the Olympic and Paralympic Games to 2021, the World
Taekwondo Championships originally scheduled to be held in Wuxi in May 2021 will
be postponed. The exact dates are not confirmed but World Taekwondo intends that the event will
be held in the fourth quarter of 2021.

“World Taekwondo welcomes the announcement of new dates of the Olympic and Paralympic
Games. World Taekwondo reiterates its full support for the decision to postpone the Games to next
year in the interests of the health of all those involved. The announcement provides athletes with
the certainty they need to plan their training and gives them inspiration during these difficult times.”

“World Taekwondo will continue to work closely with the IOC, IPC and Tokyo 2020 and has no doubt
that they will deliver Olympic and Paralympic Games which will showcase solidarity and the best of
humanity.”

World Taekwondo announced that there are no changes in regards to the Olympic and Paralympic
quota places that have been secured through athletes’ rankings and the Continental Qualification
Tournaments in Africa, Oceania and the Americas. World Taekwondo is continuing to monitor the
COVID-19 pandemic very closely, and in consultation with the World Health Organisation, IOC, IPC
and relevant health authorities, intends to host the remaining Asia and Europe Qualification
Tournaments this year.

All WT-promoted and WT-recognised events, including all G1 and G2 competitions, until the end of
May have been postponed or cancelled in order to safeguard the health of athletes and all
stakeholders. World Taekwondo will continue to monitor the situation for WT events scheduled after
May.

The World Taekwondo Junior Championships in Sofia, Bulgaria on 14-18 October, and the
accompanying General Assembly, and the World Taekwondo Grand Prix Finals and Gala Awards in
Cancun, Mexico on 28-29 November are currently scheduled to go ahead as normal.

World Taekwondo urges everyone in the global taekwondo family to continue to follow the advice of
their respective national health authorities and remain safe. World Taekwondo believes that working
together we will emerge stronger from this difficult time