Caroline Maher; From Egyptian Taekwondo Champ to a Member of Parliament 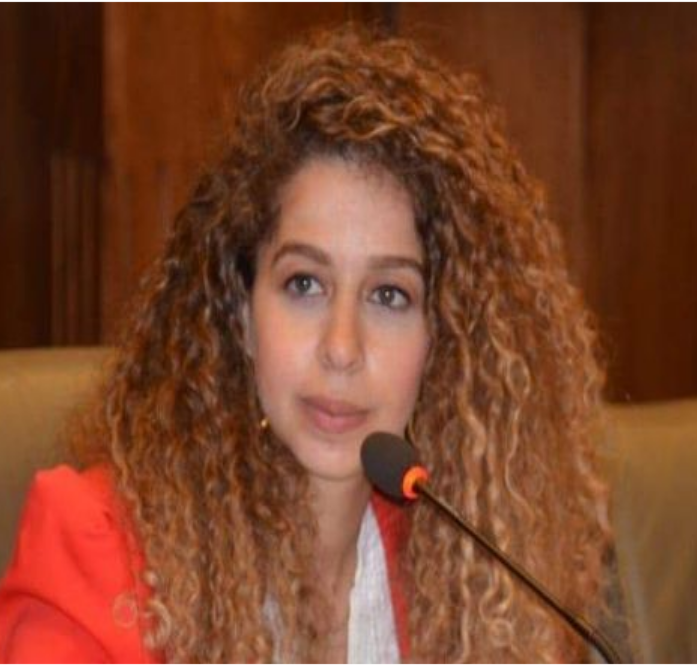 Caroline Maher, 34 and based in Cairo, is a former professional taekwondo artist and current member of the Egyptian Parliament. She is a member of the 2015 class of the U.S. Department of State and espnW’s Global Sports Mentoring Program (GSMP).

Over the course of my amateur and professional taekwondo career, I earned more than 130 medals in 40 countries, competing in national, regional and international events. At the height of my career, I was ranked No. 3 overall in my weight class by the World Taekwondo Federation (WTF). In 2013, I became the first woman of Arab, Egyptian and African descent to be inducted into the Taekwondo Hall of Fame.

Looking back at my accolades, you might think I had it all. But as an Egyptian paving the way for women athletes like myself, especially in a male-dominated sport, the journey was not always easy.

When I first got hooked on taekwondo, I was 10. At the sports club in my neighborhood, I would watch an older girl practice taekwondo with a team. And I thought, “I want to be like her. I want to do what she’s doing.” Shortly thereafter, I joined the team. Back then, it was rare to see girls in a sport that was deemed “aggressive,” but my parents have always encouraged and supported me.

At first, I would get beat up pretty hard. But it made me stronger. It made me tougher. It gave me the drive that I needed to keep practicing. And above all else, I just wanted to beat the girl who I had watched from the sidelines. I had that target in mind from day one, and I wasn’t going to stop until I did. I eventually beat her, and then set my sights on bigger and better competition, traveling around the world and competing at the highest level in the WTF.

I’ll always remember it vividly. It’s hard not to.

Nine years ago, I was unexpectedly under investigation for suspected use of performance-enhancing drugs. As a professional athlete, I was accustomed to drug testing. It was part of the process. The World Anti-Doping Agency regularly asks for samples from athletes. I provided the necessary tests. I knew I was clean, like always. But, months later —which felt like a lifetime — the Egyptian Taekwondo Federation (ETF) and WTF told me my results were positive.

“It’s not true. This is impossible,” I remember saying. There was no way my test could come back positive.

Six months later, the WTF banned me for two years. I felt as if the world fell out from underneath me. I didn’t have the opportunity to defend myself or plead my case. Under the World Anti-Doping Code, I have the right to be provided sample lab results, the opportunity to test my sample and the right to a hearing and to challenge the WTF’s evidence. After talking to my parents, who I knew would support me, I had to take matters into my own hands.

Eighteen days after the WTF suspended me, I cold-called one of the best lawyers I could find in the United States — Paul Greene — who has worked with Olympic athletes such as Michael Phelps. Under Court of Arbitration for Sports (CAS) rules, an appeal must be filed within 21 days, so I had to act fast. I told him I had been found guilty of doping by the international agency governing my sport without a reliable drug test or hearing. It didn’t take long for Greene to see through the WTF’s case.

We appealed it to the CAS in Switzerland in the summer of 2011. During that process, it was determined that my lab samples were manipulated during the original testing process and as a result, were deemed unreliable evidence. The court ordered the taekwondo organization to lift its punishment and pay me $20,000 (for litigation fees) — the highest compensation ever paid for this type of case.

I never felt more relieved in my life.

After that incident, I competed for five years before officially retiring. It was time to use my experience as a professional athlete to help others. And in December 2015, President Abdel Fattah el-Sisi appointed me to the Egyptian Parliament. I became its youngest member at age 29.

I’ll never forget that feeling of not having the opportunity to defend myself and then having to pursue justice on my own.

In my role with Parliament, one duty is dedicated to laws and policies related to the rights of athletes like me. I have proposed the creation of a unit under the ministry of youth and sports that specializes in protecting Egyptian athletes who need representation.

As sports become more popular in Egypt, especially for women, I want to ensure that everyone is given a fair opportunity. Whether I’m working with athletes, women, children, orphans, elderly or people with disabilities, I want to protect their rights.

To become successful in life, in any field, you need to dedicate time and effort. But beyond that, you need to fight to achieve your dreams. It’s not easy, but it’s not impossible. I’m proof of that. I want to help others achieve their dreams.