Young Martial Artist’s Life Celebrated With Scholarship After Her Death 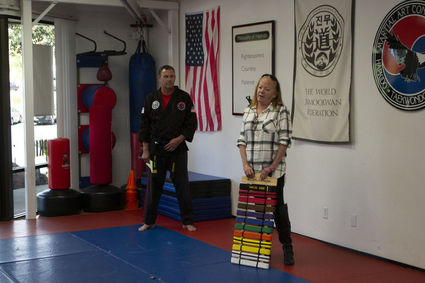 A young woman from Fallbrook who lost her life in a car accident almost five years ago will be memorialized with a schol;arship in her memory. This will allow underpriviledged children to take classes at the same martial arts academy she once attended.

Valerie King, Haylee King’s mother, was at Martial Art Concepts in Fallbrook, CA on Saturday, Feb. 29, to present the first scholarship, covering half a year’s worth of classes, and receive an honorary black belt for her daughter.

Haylee King, was killed in 2015 when the Jeep she was riding in blew a tire on Interstate 40 about a half-hour west of Needles. She was 20 years old.

“We for four years tried to figure out what to do,” Valerie King said. “We didn’t know if we wanted to do a college scholarship, but it didn’t resonate with me, and to me it wasn’t gonna carry her name on. This is something that’s gonna change a kid’s life. It changed hers.”

Haylee King started classes at Martial Art Concepts, which teaches hapkido and taekwondo, when she was in fourth grade. Valerie King said she put Haylee King in martial arts classes because she was having problems with bullies.

“We put Haylee in martial arts in fourth grade. She was being bullied; some kid threatened to bring a gun to school and shoot her,” Valerie King said.

At first, Haylee didn’t like the idea of learning martial arts, Valerie King said. But she agreed to try the classes for at least a month.

“Within three days, she was thanking me, telling me how much she loved it,” Valerie said. “A year later, she knocked out her sixth grade, male bully. And ever since she’s been taking this class, she has taken care of many bullies and stopped people from bullying other people.”

Haylee King was in martial arts classes until eighth grade and reached the level of brown belt.

The recipient of the scholarship did not wish to be identified, according to Martial Art Concepts owner Mike Knox, but Valerie King said a new recipient would be designated every six months. 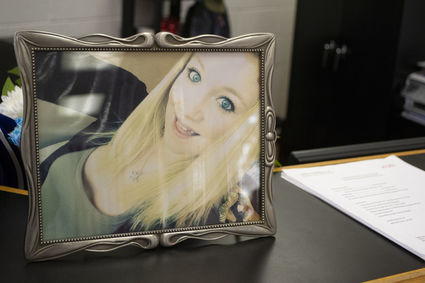 Knox said he was put in contact with Valerie King by the original owner of Martial Art Concepts while preparing to take over the business at the end of 2019. He said he knew of a family that was having trouble affording the cost of sending their child to classes, and he realized Valerie King’s scholarship idea could help that student.

As a token of appreciation, Knox gave Valerie King an honorary black belt for her daughter and a black belt rack bearing the words “Live Like Haylee.”

Valerie King said she hoped martial arts classes would help recipients of the scholarship as much as she said they helped her daughter.

“To me, it was life-changing for her, so (I want to) get a kid to be able to protect other kids being bullied and protect themselves from being bullied,” Valerie King said. “It just hit me one night. I told my husband this is what I want to do, and he said ‘Well, do it.'”