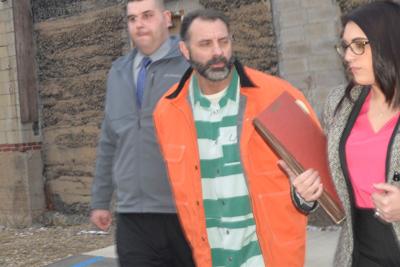 Former Pittsburgh-area martial arts gym owner and coach William Bosley has been sentenced to up to 44 and a half years in prison after pleading guilty to assaulting three teen girls over a period of time dating back to 2010.

Bosley, formerly of Uniontown Fight Club, was sentenced after entering his guilty pleas in December for almost ninety counts involving five cases. His sentence accounts for six to twelve years for involuntary deviate sexual intercourse for each of the three sexual assault cases, four to eight years for illegal possession of a firearm, and three to six months for sexual intercourse with an animal (a dog). He will serve between 22 and 44.5 years in prison for his crimes.

The Herald Standard gave a detailed description of the events that occurred in the courtroom, saying that Bosley cited his family, coaching experience, and military service as reasons for why the judge should grant him leniency. He asserted that he’d been directing bible studies and teaching self-defense to the other inmates in his cell block. His attorney vouched for him by way of his military service, and Dr. Scott Tracy, who said that Bosley had visited him for counseling sessions in 2007, said that Bosley had been diagnosed with anxiety, depression, PTSD, and a traumatic brain injury following his time in the military.

District attorney Rich Bower, however, had no time for excuses for Bosley’s actions. He asserted that many veterans return to civilian life with mental health issues and don’t engage in illegal activity, emphasizing that it was Bosley’s fault alone that he was potentially going to be separated from his family.

Accusations of Bosley’s crimes first came to light in 2018, when a woman said that he had begun texting her inappropriately in 2013 and later had sex with her, which constitutes statutory rape under Pennsylvania law due to the victim being fourteen at the time. Soon, additional charges emerged, with two more victims coming forward and stating that Bosley had also sexually assaulted them when they were also underage. Bosley served as a martial arts coach for all three of the victims that came forward, and he told another victim that he would “put a bullet between her eyes” in a conversation about the first victim speaking up about what had happened.