Antibalas’ ‘Fu Chronicles’ Is A Martial Arts-Inspired Testament To Afrobeat 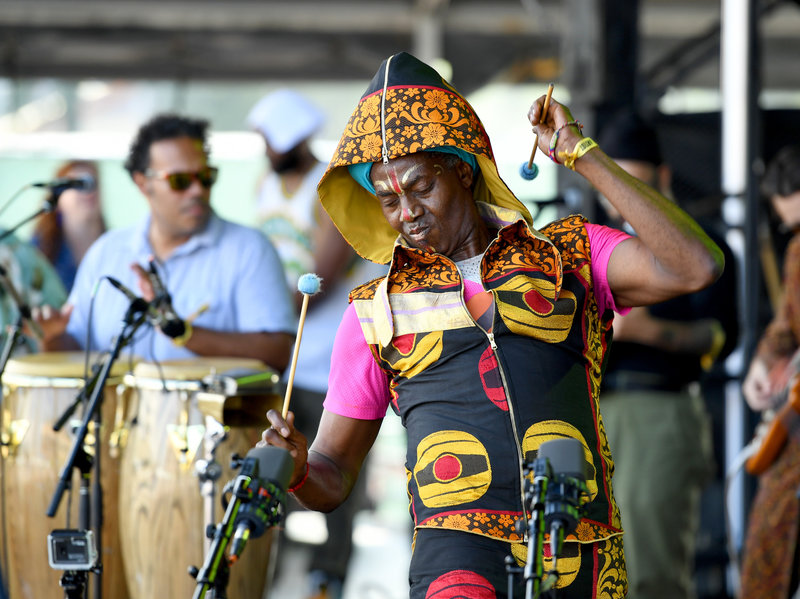 Afrobeat will probably always be associated with one man, one time and one country — Fela Kuti, in late 1960s Nigeria. But for the past 20 years, Antibalas has been establishing Brooklyn, N.Y., as a new center of the Afrobeat universe. The band’s seventh studio album was just released and it has a name that calls back to its martial arts origins: Fu Chronicles. 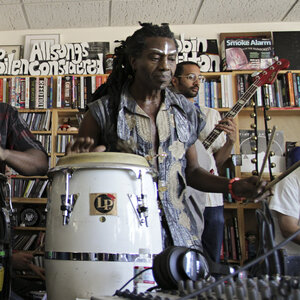 The group was founded in 1998 by saxophonist Martin Perna (who was part of the initial stable of musicians at Daptone Records), but Antibalas really got its start when Duke Amayo — known on stage simply as Amayo — joined the band. Born to Nigerian parents in Britain but raised in Lagos on a steady diet of Kuti’s music, Amayo was running a kung fu dojo and working as a fashion designer in Williamsburg, Brooklyn when he was recruited to Antibalas as a percussionist and lead singer.

NPR’s Scott Simon spoke to Amayo and Perna about the persistent power of Afrobeat, getting musical inspiration from kung fu and being part of the gentrification of their neighborhood. Listen to the full conversation in the player above and read on for highlights of the interview.

On the connection between martial arts and Antibalas’ music

Amayo: Since I was a kid,I was always studying martial arts and kung fu was very central [to] everything I did. So when I started playing music, I couldn’t imagine not having kung fu as part of that training. But then, I wanted to now figure out a way to bring it all together. So this album was the first chapter in [which] kung fu meets Afrobeat.

On the origins of the band in Williamsburg, N.Y.

Amayo: [I opened up a dojo in] pre-gentrified Williamsburg; it was the only place you could find a space where I could do the kind of martial arts that I was doing and the art I was doing (as a fashion designer). So I had a space to explore that combination of my martial arts — and then the music part was how I would present my clothing, using Nigerian drummers.

Martin Perna: [The original band members and I] lived in Williamsburg and went out for a walk one Sunday afternoon trying to find this dojo that had Nigerian drummers. The band was already up and running and we were like, “Let’s let this Nigerian guy who has these awesome fashion shows know about our music,” and knocked on his door, and [he] opened up and we met. [Addressing Amayo] And I think you were a little suspicious of the music we were making at first, but we invited you to come around. And then there was one day, a couple months later, where we needed an emergency percussionist, so I called up Amayo and I was like, “Hey, can you fill in? We’re in a jam.” And the rest was history.

On the endurance of Afrobeat 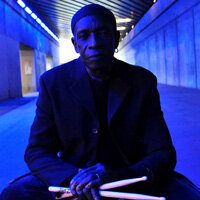 Beyond Fela Kuti, The Enduring Appeal Of Afrobeat

Perna: It’s a timeless music in the sense that it is based on clave, this West African rhythmic concept. It’s not one particular rhythm, but it’s a sensibility — almost like the poles of a magnet or a battery that has a positive and a negative end. And when you put those two together and weave it into any style of music, it gives it this impression, a feeling of perpetual motion. Even if you listen to stuff that’s on the radio right now — trap music — there’s clave in it and that’s why it pops. So even though that term might have been coined in 1969, most of the world is still just catching up to this music.