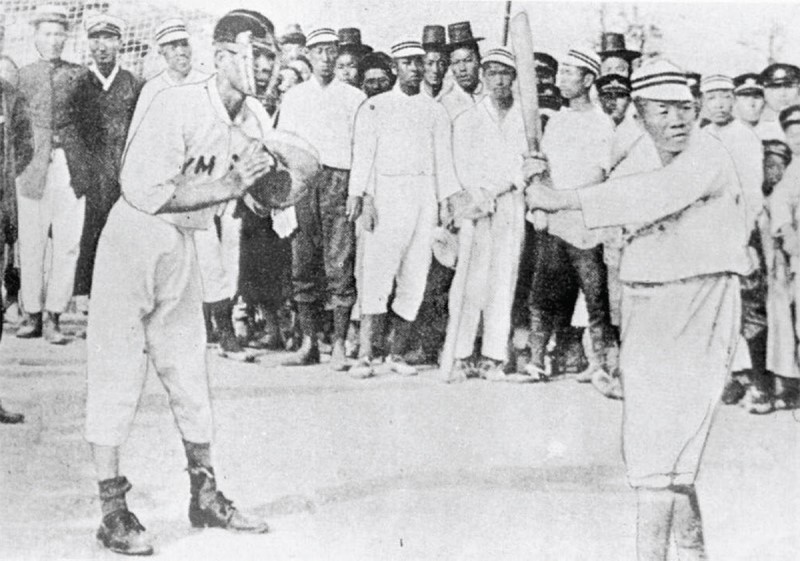 Bae Soon-hak, is the former secretary general of the Korean Sports and Olympic Committee. He has been witness to the National Sports Festival (NSF) and Korea’s Olympic journey. Representing their provinces and metropolitan cities, athletes from all sports disciplines compete to win medals at the festival.

“Korea’s current strong presence in international sports is possible because of the annual domestic sports gala,” Bae said during a recent interview.

Springboard to the Olympic Games

“The National Sports Festival discovered and nurtured athletes,” he said, adding that the event which takes place every year “is a great system to help athletes improve their performances through competition. Athletes work hard to win medals at the domestic event. As competition for medals has become fiercer year after year, the athletes’ overall performance had improved a lot. Hence its critical role in international sports events.”

Bae spent four decades organizing the NSF, until 2000 when he stepped down. He is still a senior adviser to the NSF organizing committee.

The 2019 NSF marks its centenary. Every year the competition draws tens of thousands of athletes and spectators to hosting cities.

2019 saw more than 20,000 athletes from all over the country and abroad compete. Two exhibition events were also included.

Korea’s Olympic journey began when Kim Sung-jib won the bronze medal in weightlifting at the 1948 London Olympics. The first silver medal was won by boxer Song Soon-chun in the 1956 Melbourne Olympic Games. The first gold medalist was Yang Jeong-mo, a wrestler, at the 1976 Montreal Olympic Games. During the 1960s and 70s, Korea won dozens of medals in boxing and wrestling. The two sports were popular back then because they were a path for those from humble beginnings to rise to fame and fortune.

National Sports Festival born out of the Independence Movement

A year after Korea’s 1919 Independence Movement against Japan, intellectuals and sports enthusiasts gathered to launch the Chosun Sports Association. The association hosted a sport event that is considered the beginning of the National Sports Festival. Baseball was the only game that was played at the inaugural event. It was chosen because it was already a popular sport.

The first winter games started in 1925 and the venue was the Han River. “Skating has a long history especially in the northern part of Korea because of the cold winters and frozen rivers,” Bae Soon-hak, says ice skaters competed in two different forward and backward races. The backward races included 300, 600, 800 meters and a relay game. “It’s not very difficult to move backward on the ice. It just shows a different time,” Bae said.

By the 1930s, festival athletes were competing in short distance marathons. A full marathon was introduced in 1934. The 1932 Los Angeles Olympics had a great impact on Korean marathoners as two Koreans ― Kim Eun-bae and Kwon Tae-ha ― made the top 10 in the event. Their efforts sparked a full marathon boom in Korea.

Postmen and people who pulled rickshaws were banned from participating. The reason was because the organizers considered them professional runners and their participation went against the spirit of amateurism. A far cry from today’s rule that allows paid athletes to participate. In the 1934 festival, Sohn Kee-chung finished the men’s marathon with an unofficial world record. He went on to win the marathon at the Berlin Olympic Games in 1936.

Korea’s Olympic journey includes domination of archery in the Olympics. The sport became part of the festival in 1947. There are two archery events in the National Sports Festival now. One is traditional archery and the other is western archery. The difference is rules. Western archery was added to the festival in 1983. Since Korea began participating the archery competition 39 medals have been won. This includes 23 gold, 9 more than the next closest country. 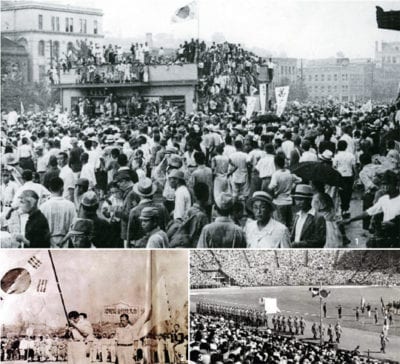 After the outbreak of the Korean War in 1950, the festival was cancelled that year. With the two Koreas’ still at war, in 1951 the sports competition was held in Gwangju. The event drew more than 2,000 amateur athletes. “News traveled via a word of mouth and hand-delivered letters because the war limited the means of communication,” said Bae. The festival continued in 1952 as well. The fact that the games continued amid the war was widely reported by the international media.

The National Sports Festival was a popular public event. The festival was a big show in town, drawing tens of thousands of people. Tickets were free, but traded in the black market. In 1964 people who flocked to see the opening ceremony stampeded into the main gate. Part of the stadium collapsed, killing 14 people and injuring more than 100.

The National Training Center in Taereung, Seoul opened in 1966. Two years after the Tokyo Olympics in which South Korean athletes under performed their neighbors to the North. Athletic training programs were revamped when the training center opened. North-South tensions in sports continued through the 1970s and 80s. This contributed to the improvement of Korea’s sports infrastructure.

Rehearsal for the 88 Olympics

Most National Sports Festivals in the 1980s were a rehearsal for two upcoming events. The 1988 Olympic Games and the 1986 Asian Games. In 1983 the sports festival incorporated a digital system which recorded events and their results.