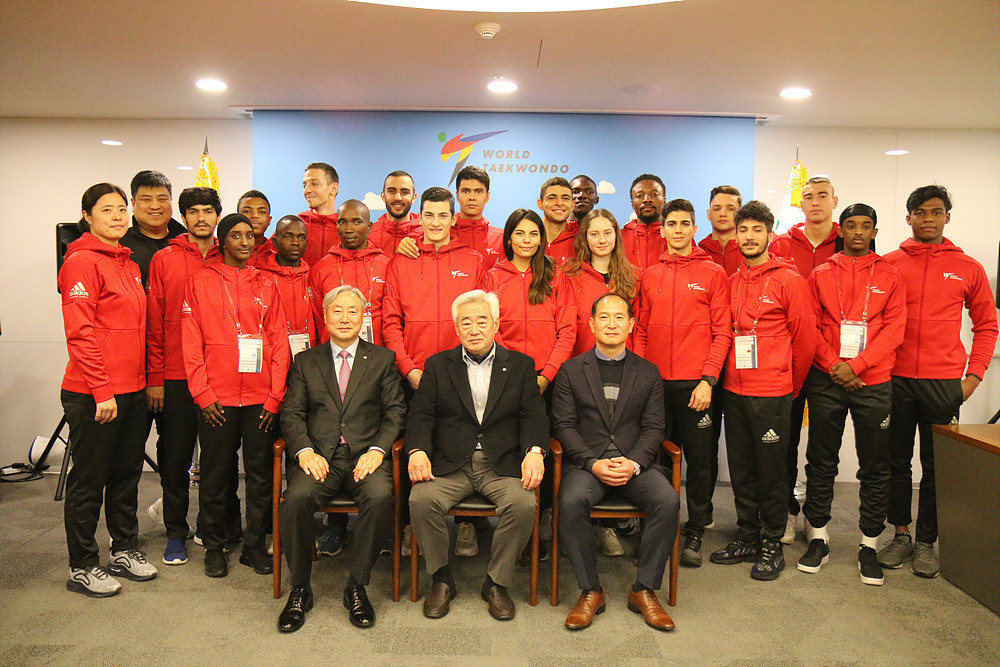 The Booyoung Dream Programme is currently being held in Muju, South Korea, and is giving the taekwondo stars the best preparations for the Olympic Games. The project offers athletes suffering from limited financial means the chance to be assessed ahead of their respective continental qualification tournaments. Three refugee athletes – Kasra Mehdipournejad, Amir Mohammad Hosseini and Seyed Ehsan Naghibzadeh – are among the group with all three holding an International Olympic Committee Refugee Scholarship. Mehdipournejad and Hosseini are aiming to compete for Germany, with Naghibzadeh representing Switzerland. The programme is being hosted at the World Taekwondo Central Training Centre at Muju Taekwondowon, in co-operation with the Taekwondo Promotion Foundation. A previous alumni of the Booyoung Dream Programme was Ahmad Abughaush. The athlete won gold at Rio 2016 as he earned Jordan its first Olympic medal. The taekwondo group visited World Taekwondo headquarters in Seoul as part of the 12-day gathering, where they met World Taekwondo Peace Corps Foundation secretary general Hyunsuk Shin. World Taekwondo President Chungwon Choue said: “It was a huge pleasure to meet these fine athletes in the midst of their Olympic preparations and I hope all of you achieve your dream. “I am grateful to our global partner, Booyoung, for offering them this precious chance.”