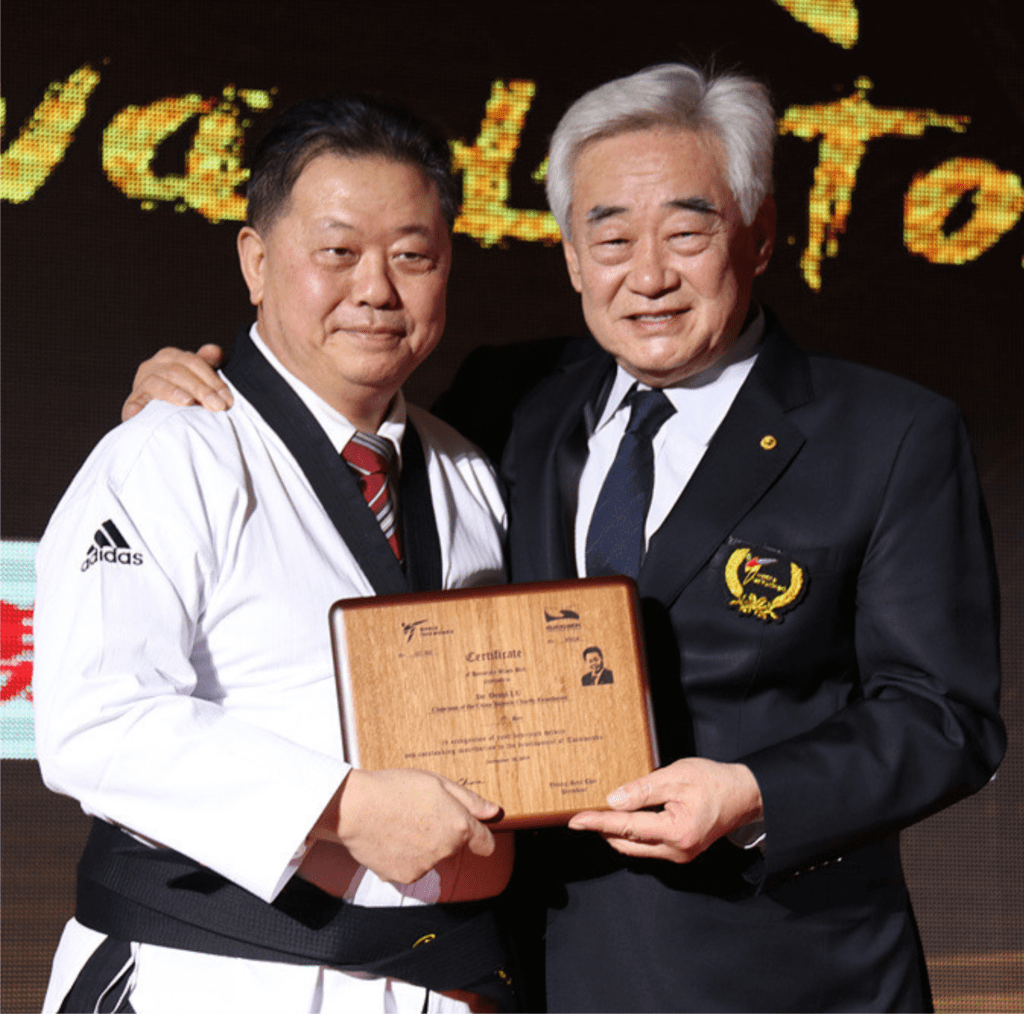 World Taekwondo President Chungwon Choue presented an honorary seventh dan black belt certificate to Dr. Lu Dezhi, chairman of the Huamin Charity Foundation. The honour recognises Lu’s “commitment and contribution” to taekwondo and in particular his work with the Taekwondo Humanitarian Foundation (THF).
This year the THF, which works to teach the sport to refugees around the world, signed a donation partnership with Huamin to expand on its initiatives in Africa. It means THF academies will be built at refugee camps in Djibouti and Rwanda. Huamin has already been one of the biggest donors to the academy which has run at the Azraq Refugee Camp in Jordan since 2018. This is attended by children who have fled conflict in neighbouring Syria and has produced nine black belts. There are also hopes for a Tokyo 2020 Olympian as academy attendee Wael Fawaz Al-Farraj has been awarded with an Olympic Solidarity scholarship by the International Olympic Committee. It means he could compete in the Japanese capital as a member of the Refugee Olympic Team.