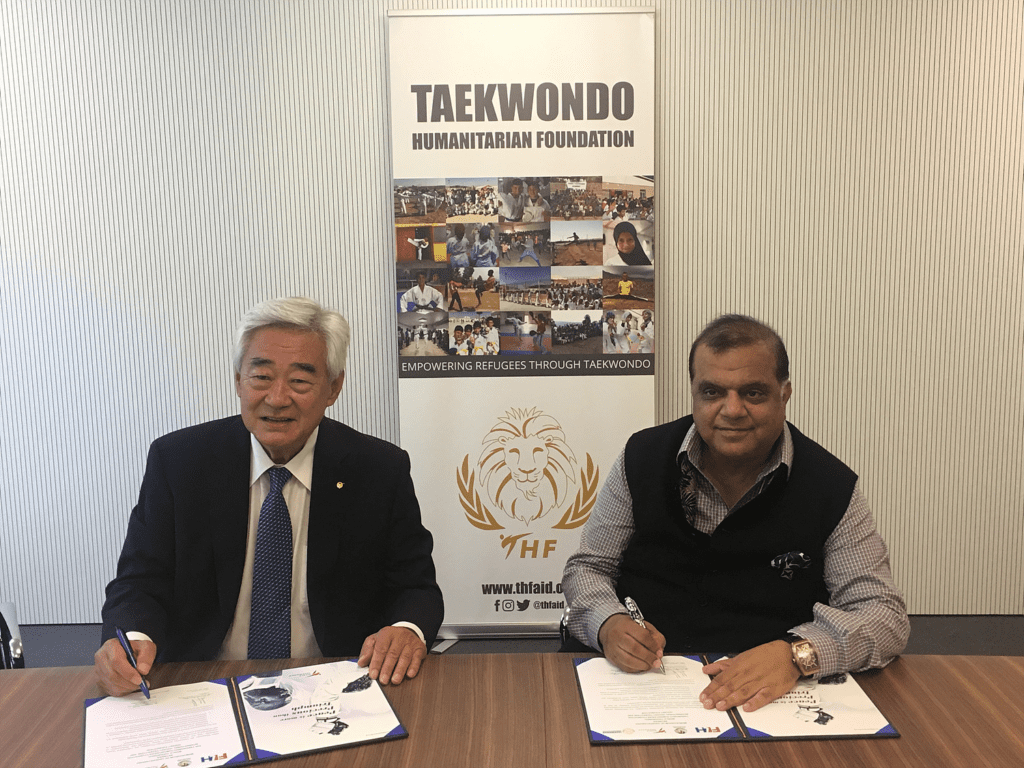 International Hockey Federation (FIH) have become the latest international federation to sign an agreement with the Taekwondo Humanitarian Foundation (THF).

A Memorandum of Understanding was signed by World Taekwondo, the THF, the FIH and The Hockey Foundation to mark Olympic Day. World Taekwondo and THF chair Chungwon Choue joined FIH President Narinder Dhruv Batra for the signing ceremony. World Taekwondo claim the partnership focuses on the promotion of humanitarian and peace-building initiatives. The organisations aims to work on the promotion of sport as a powerful vehicle towards peace, social development and integration of vulnerable populations. A total of five Olympic sports have now partnership with World Taekwondo and the THF with hockey joining badminton, judo, table tennis and wrestling.  “I am thrilled that World Taekwondo and the THF are collaborating with the International Hockey Federation and The Hockey Foundation on advancing the livelihoods of refugees,” Choue said. “Last year, we installed artificial turf at the Humanitarian Taekwondo Center in Azraq, Jordan. “Through this MoU, we look forward to organising exciting joint projects focused on bringing improved health and happiness to the children and young people in the centre.” Choue added: “The MoU that we have signed today is truly an important milestone. “It goes to show that, with the right partners, we can go a long way in delivering hopes and dreams to those who need it most.” Much of the work with take place at the THF’s existing Humanitarian Taekwondo Centre at the Azraq Refugee Camp in Jordan. Other locations worldwide could potentially be used. It is hoped the agreement will lead to the boosting the exchange and sharing of expertise, know-how, information and publications. “I am delighted that FIH and The Hockey Foundation have concluded this Memorandum of Understanding with World Taekwondo and the Taekwondo Humanitarian Foundation,” said Batra. “I truly believe that sport is a catalyst for social change. Uniting forces to foster development and peace through sport is a very positive step. “We’re looking forward to working together.”