The Best Act From The 2019 CCTV Chinese Spring Festival Gala 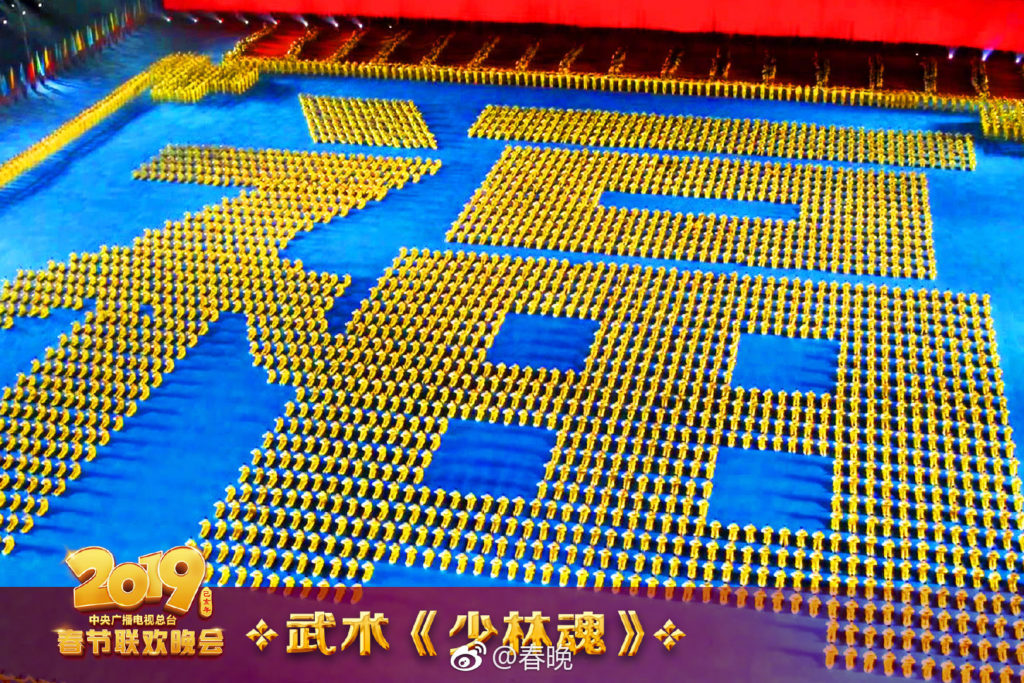 The 2019 edition of the CCTV Spring Festival Gala — one of the most watched shows on the planet despite its familiarity and sweeping disregard for what young viewers might consider entertaining, we can go ahead and say that, in its defense, the sets were colorful, the actors were earnest, and overall it was more cheerful than the Super Bowl. There were probably smiles from viewers enjoying the show at home. Featuring 20,000 performers from the Henan Shaolin Tagou Martial Arts School — mainly teenage boys — performing synchronized gymnastics.The act was filmed in separate parts, with multiple takes stitched together. This performance is similar to the 2008 Beijing Olympics Opening Ceremony with the drummers, for instance, which NBC described as “awe-inspiring and perhaps a little intimidating.” But it’s not as if China does this all the time. The CCTV Spring Festival Gala — a lunar new year’s eve legacy program that will never go away — is deemed important enough to pull out all the stops.