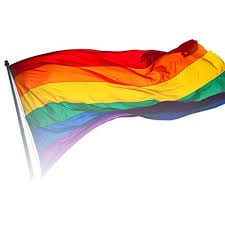 The owner of a martial arts academy who claims to run an “inclusive” business is defending a controversial policy about transgender customers after his text messages went viral. The messages between Scott Maczuga, the owner of Vortex Sports Academy in Leander, Texas, and Davina Jade Coulombe, a transgender woman and friend of Maczuga, detailed an incident in which Maczuga rebuffed Coulombe’s request to help out at an event at the facility, where her teenage son trains. “Hey there. Just wanted to clarify a few things. First, we had some trouble with several young people wanting to be transgender at Vortex a little over a year ago,” wrote Maczuga in the text. “It created quite an uproar as it confused kids, upset many parents, and I was forced to address it as a business owner. The policy that we put in place is that when at Vortex or Vortex events, people would be referred to by whatever they were biologically — no exceptions.” Adding that it wouldn’t be appropriate for any parent to help at the event, Maczuga explained that Coulombe’s presence would have “created a whole new challenge” if she had requested to be referred to by anything other than “Mr. Coulombe.” He continues, “I like you as a person and although I do not agree with your choice, it’s your life and I will respect it outside of Vortex.” When Coulombe responded that she was not comfortable with the title “Mr.” and that her driver’s license and Social Security card both show her name as “Davina Jade,” Maczuga responded, “I am not playing the transgender game”. Last year, one of our students rebuked an instructor who referred to her as ‘ma’am, Maczuga, a father of five, tells Yahoo Lifestyle. “The girl said, ‘You won’t refer to me as ma’am — I am gender-neutral.’ Vortex’s official policy states, “Vortex Sports Academy is an inclusive organization where everyone is welcome whether you are straight or LGBTQ. But when attending Vortex or Vortex events, everyone will be referred to by their biological pronoun, not what they choose to identify as.” Maczuga says Coulombe was aware of the policy, since the pair had been friends for a decade, despite their opposing belief systems. However, Coulombe, who says that she has been transgender since the age of 8, was hesitant to be fully transparent with Maczuga until she came out on Facebook two years ago. “Afterward, he tried to convert me, saying how high the suicide rate was for transgender people,” says Coulombe, who is also a parent of five. She adds, “Our relationship has deteriorated since.” After Coulombe posted screenshots of the exchange on her Facebook page, Maczuga experienced a backlash on the company’s Yelp page, which now holds a two-star rating; on it, the company has been slammed, and Maczuga has received death threats. “Maybe I should not have written those things — it got rough at the end — but there was a phone call in between the texts which escalated the texts,” he says. Making the situation more contentious is the fact that Coulombe’s son, with whom she shares custody with her ex-wife, is a Vortex member. The future of their friendship is in doubt. “Clearly, there is no place for our friendship at this point,” says Maczuga. “I have worked hard to forgive her and wish her the best of luck.” Coulombe says of Maczuga: “I still care about and love him. … I would like to be friends. Threats were made, but I know they were made from anger. But it will be hard for him to change his mind and his policy. And kids will be hurt by this.”