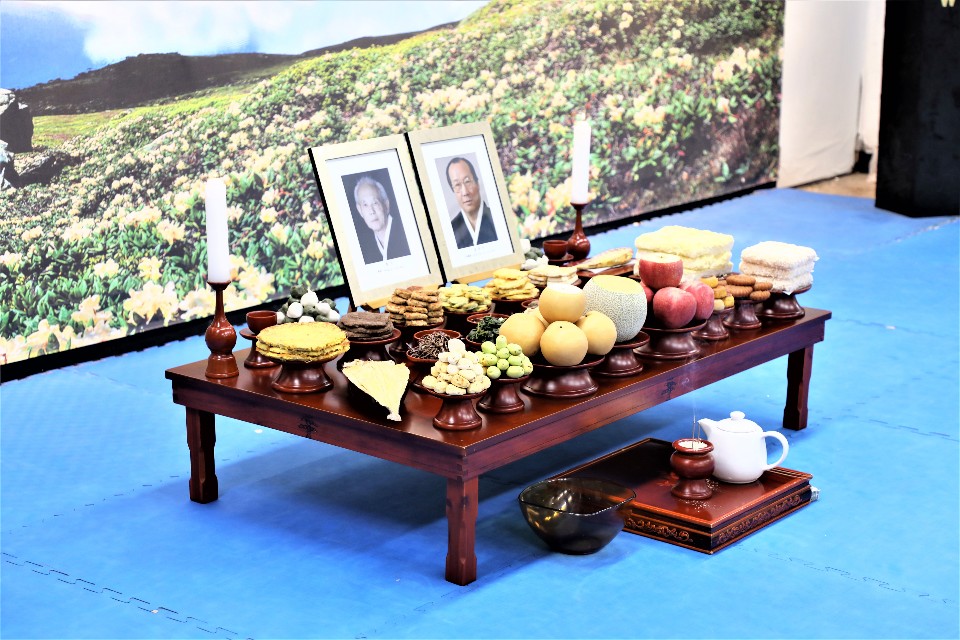 Grandmaster Shin Chul Kang honoring his Ancestors, Teachers and Masters who have passed during the traditional Korean festival of Chuseok. Chuseok is a major harvest festival and a three-day holiday in both North- and South Korea celebrated on the 15th day of the 8th month of the lunar calendar on the full moon. This tradition takes its roots all the way back to the Silla Dynasty and possibly to early civilization celebrations of the harvest moon. As a celebration of the good harvest, Koreans visit their ancestral hometowns and share a feast of Korean traditional food such as songpyeon and rice wines such as sindoju and dongdongju. There are two major traditions related to Chuseok: Charye (memorial services to ancestors at home) and Seongmyo (the visiting of family members to ancestral graves). 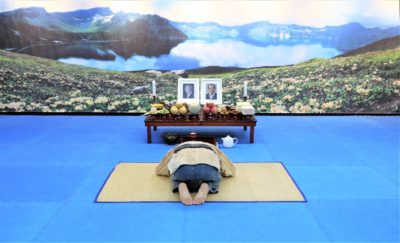 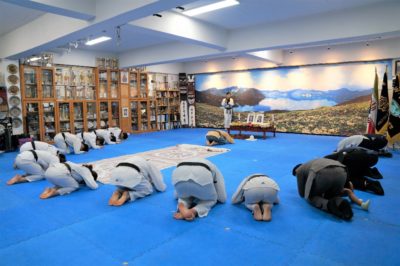 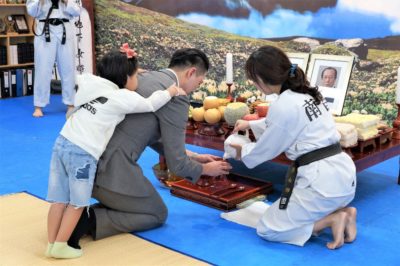 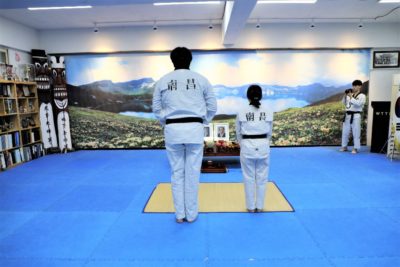 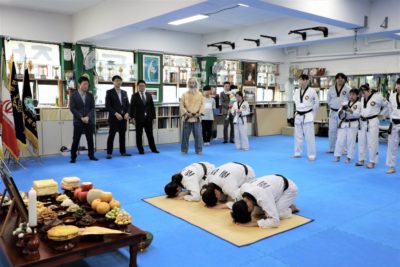 Charye is one of the ancestral memorial rites celebrated during Chuseok, symbolizing the returning of favors and honoring ancestors and past generations. The rite involves the gathering of families in holding a memorial service for their ancestors through the harvesting, preparation and presentation of special foods as offerings. The rite embodies the traditional view of spiritual life beyond physical death, respecting the spirits of the afterlife that now also serve to protect their descendants. The foods offered have traditionally varied across provinces depending on what was available, but commonly constitute of freshly harvested rice, rice cakes (songpyeon) and fresh meat, fruit and vegetables. The arrangement of the foods of Charye on the table are also notable: traditionally rice and soup are placed on the north and fruits and vegetables are placed on the south; meat dishes are served on the west and in the middle, and rice cake and some drinks such as makgeolli or soju are placed on the east. These details can vary across regions. 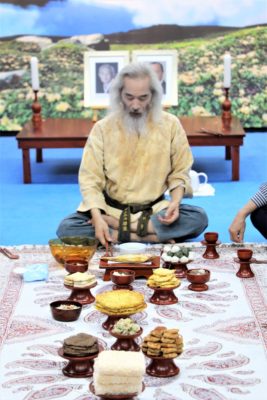 This is a time of abundance and reflection, a time for us to appreciate and to honor the places from which we have come, as well as the people who helped us to get here. 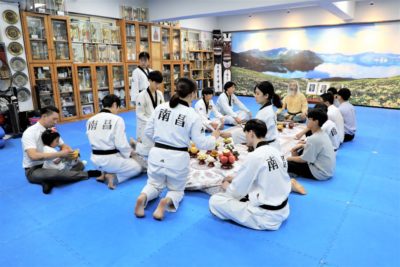 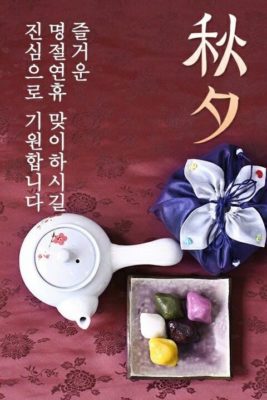