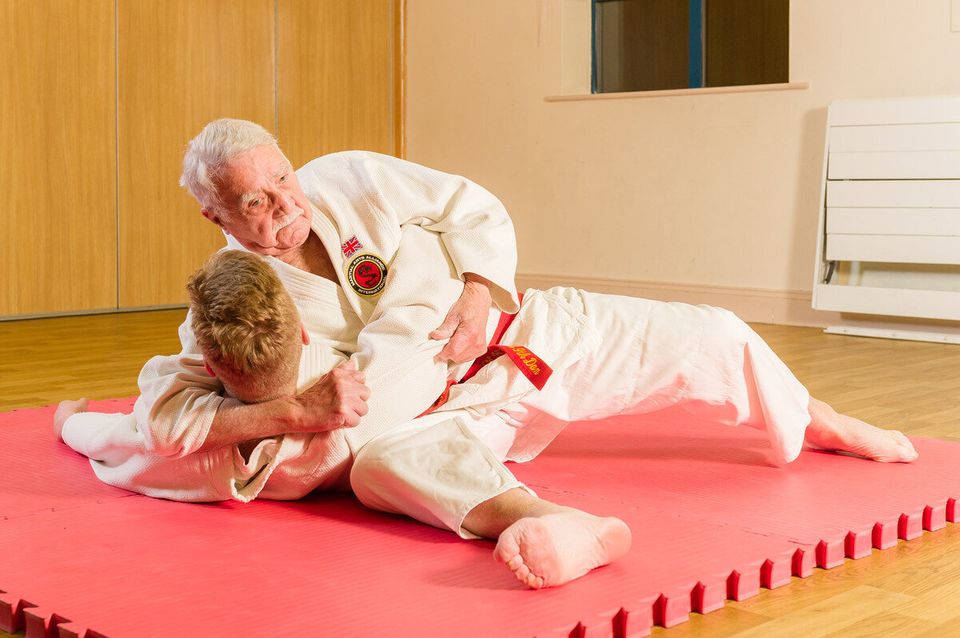 Martial arts master Jack Hearn is the oldest Judo Sensei in the UK. And at 92 years old, he has no plans of bowing out. The great-great-grandfather aims to complete his 10th Dan – the highest possible accolade – after his 100th birthday and says that 64 years of grappling and body slams has kept him young in body and in mind.

Hearn, from Cramlington, Northumberland, is one of the country’s highest graded players and has practiced the sport for 64 years. Now he is encouraging other OAPs to get out of the ‘retirement mindset’ and become an ‘adventure pensioner’. Hearn said: “To those people who are now ‘retired’, forget it. There is no such thing as retirement. Get up and get out, do something, keep active. That way you will live as long as I have.”There are loads of activities out there for the older generation to get yourself involved in.” 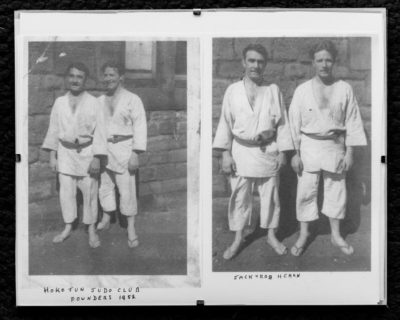 Hearn first took up martial arts in 1951 after appendicitis put an end to a promising cycling career. And after discovering judo, which he first practiced on ‘sawdust’ and a few ‘pieces of wood’, he never looked back.

Hearn said: “I used to be a racing cyclist. I cycled down as far as Lincoln, and to the top part of Scotland. “One day I suddenly felt a pain and discovered it was appendicitis. The doctor said I shouldn’t cycle again, so I had to look for something else – and that’s when I took up judo.” 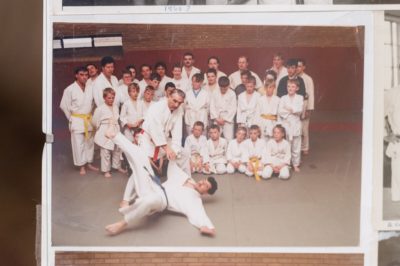 Hearn and his brother went on to set up their own club in North Shields, North Tyneside. Now, over half a century later, he is an accredited Sensei and Hanshi – a doctor of physiology in judo. Hearn currently holds a ninth Dan black belt, and will have waited ten years to be eligible to present himself for his tenth – in his hundredth year. 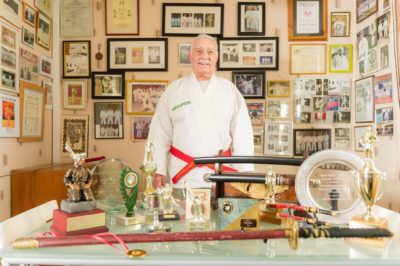 His lease of life doesn’t just stop at judo either. He said: “I found a place nearby where there’s dancing. I have never been on a dance floor in my life. I wondered if my feet could do that. “I am not Fred Astaire, but I’d give him a run for his money.

“You know, it’s never too late in life to find something that you like. In my case, I looked after my body when I was young and I now know my body is looking after me, now that I am old.” 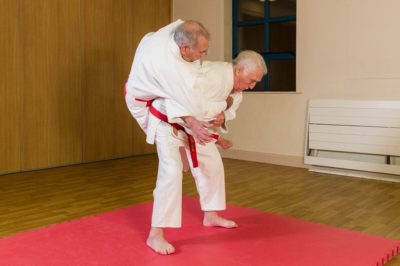 UK’s Oldest Judo Sensei Jack Hearn Hearn’s active lifestyle is part of a trend emerging in older generations. Recent research from online marketplace Groupon has revealed how the current generation of retirees in the UK spends an average of almost £700 more each year on leisure activities than the previous generation. The study found that retired Brits are now 15% more active than the rest of the nation and spend more time outdoors than most 18-24 year olds. Almost a fifth of British retirees admitted to considering cashing in their pensions to raise extra money to fund trips and leisure pursuits, with 35% saying that risky activities make them feel younger.

Now Hearn is working alongside Groupon on a campaign to encourage Britain’s retirees to try something new and to give this a kick-start, Jack will be offering five lucky winners the chance to train with him in one of his Judo classes.

Link to original article below: