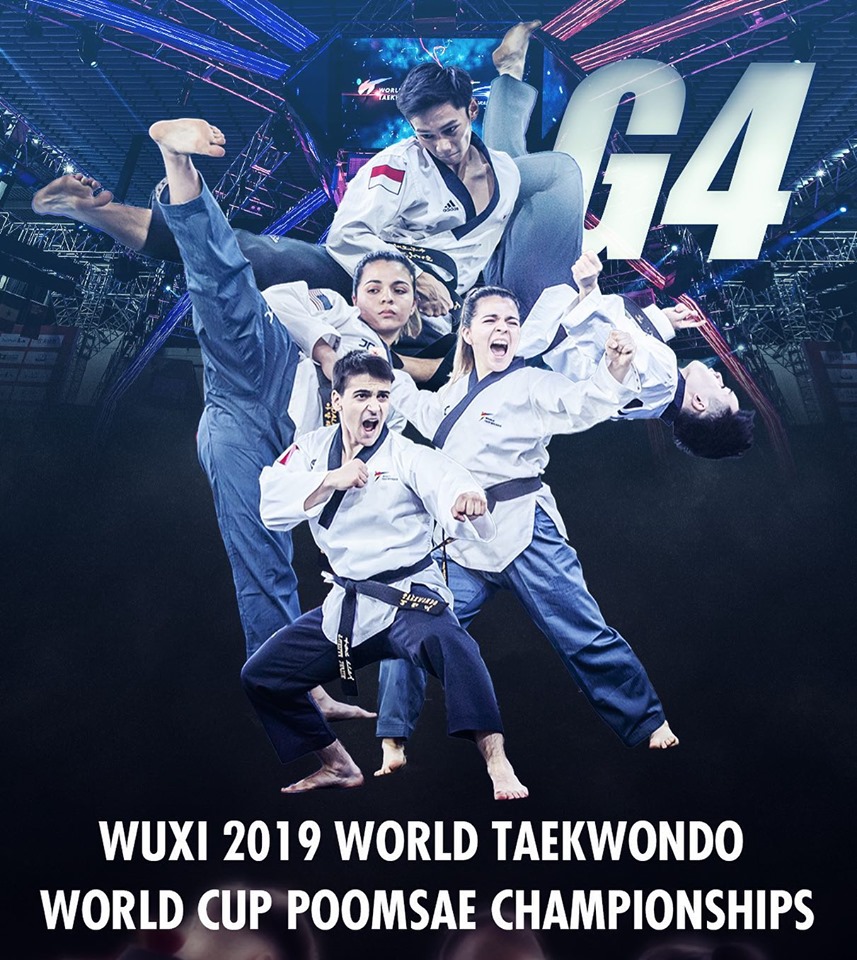 Outstanding start last week for China Taipei at the World Poomsae Championships; topping the medals table with 12 gold on day one. The event at the International Expo Center, in the Chinese city of Wuxi, features 286 athletes from 10 countries. The World Team Championships began last weekend at the same venue, the first time the two taekwondo events have been held simultaneously. Chinese Taipei made a strong early impression in both individual and team categories. You Jui-tse won gold in the individual male category, Chen Huo-shih claimed victory in the men’s over-65, Ma Yun-zhong claimed the under-30 crown, and Chen Shuang-hsia won the under-65 division. The women’s individual competitions were won by, Liu Chia-jung Liu in the cadet category, while Chang Han-wen and Lo Yu-lien claimed under-60 and under-65 gold respectively. Chinese Taipei also won gold in the pair cadet, and the team men’s and women’s junior, the male under-30 and the female over-30. United States is second on the medal table with seven golds, including three in men’s individual events: Justin Wang, Pok Sun Yang and Garth Cooley won the under-40, 50 and 60 competitions. Tweedy Nguyen won the women’s over-65s, while Thoa Nguyen claimed gold in the under-50s; there were also US wins in the men’s over-30 and women’s cadet team disciplines.
Thailand won five golds on day one, including Kanokchanok Jareonying and Ornawee Srisahakit in the women’s junior and under-30 categories, as well as in the pair junior, men’s team cadet and women’s team under-30. Iran picked up two golds, for Seyedeh Hosseini in the individual female under-40 age group, and in the over-30 pair division. Quoc Viet Pham won Vietnam’s solitary gold, in the individual men’s junior, while hosts China could also pick up just one victory, in the under-30 pair. In competition, poomsae is split between traditional performance techniques and freestyle. Taekwondo techniques are used in the composition of music and choreography. The champions in each division get $10,000 (£8,200/€9,000). The final day of the poomsae events was Friday.