One-Armed Para Taekwondo Master Has a Leg Up on Competition 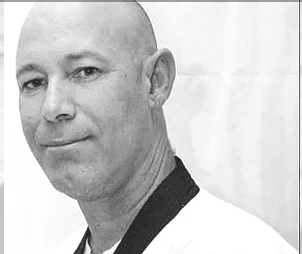 A South Florida man is a one-armed fighter, but he has a leg up in the competition when it comes to Para Taekwondo. Daniel Espinosa lost his arm and his mother lost a leg in a train accident in Cuba at the age of 2. “We falling down and the train coming, and my mom lost a leg, and I lost my right hand,” the 46-year-old recalled. He started training in Taekwondo at just five years old and left Cuba at 22 to become an athlete in the U.S. “Taekwondo is everything for me,” he said. “Taekwondo gives me a lot of confidence.” Espinosa won bronze in the 2019 World Para Taekwondo Championship and gold in the 2017 U.S. Open, just to name a few of his accomplishments. He has also kicked it up a notch by teaching the next generation of Taekwondo students. Espinosa opened 1AF Taekwondo Training Academy in Cooper City with his son and family to teach others, with or without disabilities. “I don’t care if you have an arm or you don’t have a leg. I don’t care,” says Espinosa. Espinosa has his set his sights on the Tokyo Paralympics in 2020, but it’s up in the air right now as he says his classification category has changed. Although he continues to overcome a lot of adversity, he doesn’t look at disabilities — he only looks at advantages. “I never see in the people the disable,” he said. “Always I see why you can do it.”