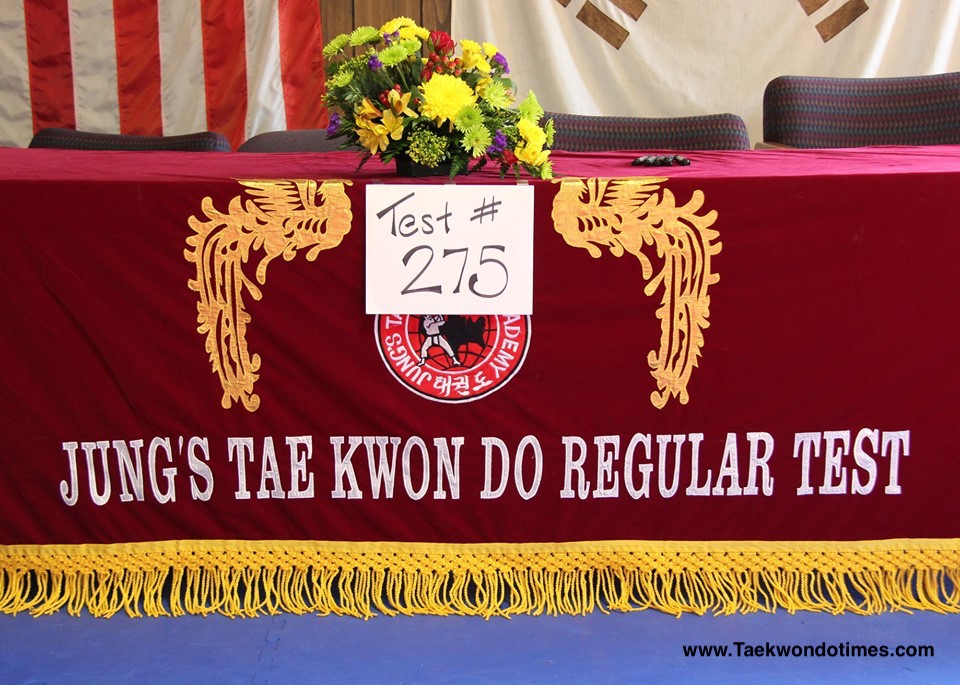 Saturday, August 11, 2019 marked the 275th Promotion Test at Jung’s Taekwondo since 1974. This test was a momentous day in the lives of Grandmaster Dr. Terry Hall who tested for 8th Dan, Grandmaster Peggy Stuart Slatten who tested for 7th Dan, Richard Hermann who tested for 4th Dan & Emina Kephart who tested for 3rd Dan. Grandmaster Hall has had 6 major surgeries and has said that Taekwondo saved his life. Truly an example of what it means to cultivate an indomitable spirit and to never give up in the face of great difficulty. Grandmaster Hall’s story is a beautiful testament to the power of mind over matter and to the gifts martial arts affords us. 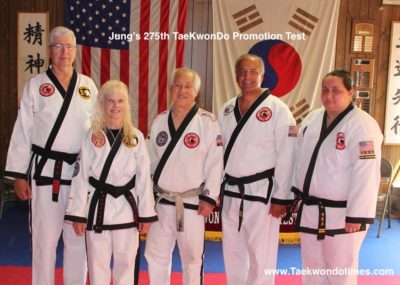 Thousands of students have walked in and out of the dojang throughout the last 45 years, many of which whose lives were forever changed by their time at Jung’s Taekwondo. Grandmaster Jung has raised over 5000 Black Belts throughout the years and has had the prestigious honor of raising nine 9th Degree and Eighteen 8th Degree Blackbelt Grandmasters all the way through from white belt to today, with nearly 40 years spent training together as members of the Jung’s Taekwondo family. Out of 275 Promotion tests, diligently held every two months since 1974, Grandmaster Woojin Jung has only missed two tests and has never failed to attend class whenever he has been in town. Not many Master’s in the world have shown such unyielding devotion to their students, without fail for over 45 years. Even today at 77 years old, Grandmaster Jung can always be seen wearing his dobo and guiding new students to begin their martial arts journey. 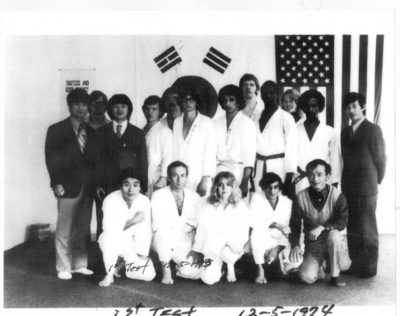 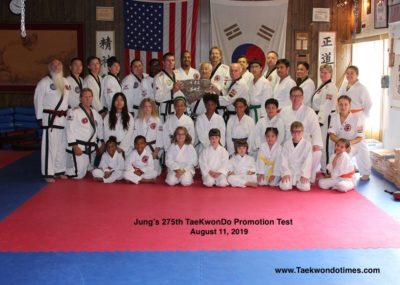 In 1981 Dr. Yang Ahn Kim, Chung E Kim, Sang Kyu Shim, Jung Nam Lee and Grandmaster Woojin Jung started TaeKwonDo Times. They wanted to build a relationship between people all over the world. Three of the founders have passed away, and one has retired. Grandmaster Jung is the only one still involved in the magazine, which has been published continuously since then.

For many years the magazine was only available in print copies, which made it difficult for people around the world to access. But now for several years Taekwondo Times has also been available in digital form, which gives martial artists the world over quick and easy access to the publication. We also recently designed a new website, which has been a very popular avenue for expanding our martial arts community. Please visit www. taekwondotimes.com and give us your feedback. We are proud that TKDT represents a worldwide community of martial artists, not only Taekwondo practitioners, but martial artists of every style can be found throughout the pages of every issue, sharing their experiences and expertise with our readers. We thank everyone for contributing and continuing to support the magazine, we look forward to sharing at the very least another 38 years with all of you in our martial arts family.