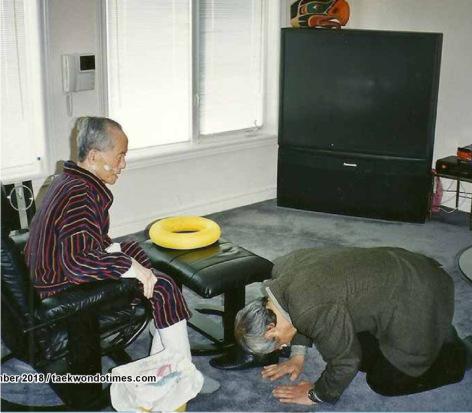 “One thing that is too often missing in today’s world is respect.

People should show respect for one another. People should respect their
family members, seniors, teachers, neighbors and others.

It is important to show respect through actions, not through words.
If you show respect to others, they will respect you.
In my dojang I encourage all students, senior and junior, to respect one another.
The senior belts bow and show respect to the junior belts, and vice versa.”- GM Jung, Woojin 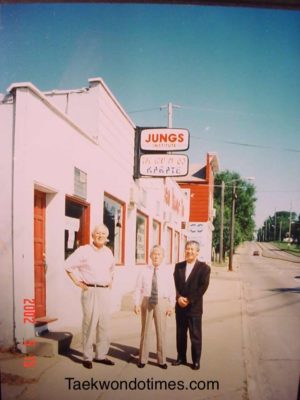 May 15, 2002 General Choi visits with GM Jung, Woojin at the historical 1st Dojang of Jung’s TaeKwonDo and the headquarters of Taekwondo Times Magazine

In this issue(November 2018) of Taekwondo Times Magazine we show respect for Choi Hong-Hi, the founder of Tae Kwon Do. Tae Kwon Do is now practiced in over 200 countries. 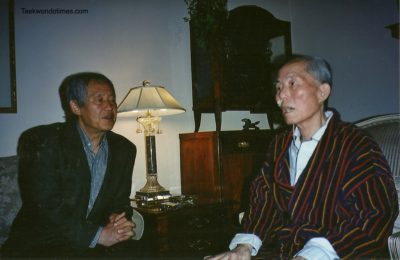 GM Jung, Woojin visits with General Choi in his home.

Grand Master Jung, Woojin visited with General Choi at his home in Toronto, Canada the day before he left for his final resting place in North Korea. This was just 1-2 months before his passing. 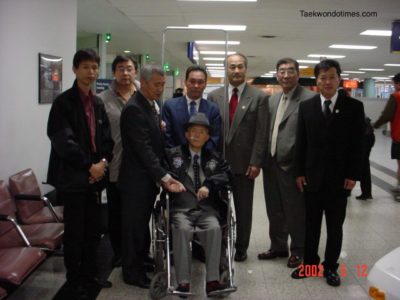 GM Jung, Woojin with General Choi at the Toronto airport for his final send off from Canada to his resting place in North Korea.

“The last time I saw General Choi, I gave him a great bow to show
my respect for his contribution to the world.” -Taekwondo Times Publisher & CEO Grandmaster Woojin, Jung. 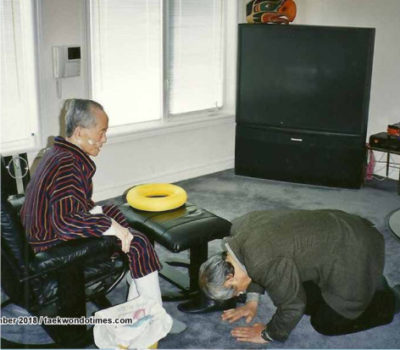 Some of you may ask, why was the founder of TaeKwon-Do buried in North Korea? Was he a communist? No. The true story is one of corruption and foolish politics at the hands of South Korean leadership in government and in the World Taekwondo Federation. 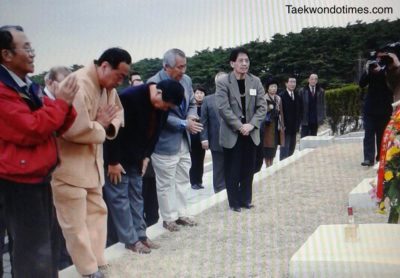 Why did the Founder of TaeKwon-Do General Choi, Hong Hi,  leave South Korea?
1. 1971 S. Korean Military government election office wanted the whole country’s black belts to support them in the election. Gen. Choi said that martial artists are not political gangsters. So he was forced to move to Canada.
2. Why did Gen. Choi go to N. Korea? TaeKwonDo was available in democratic countries, but he wanted the whole world to have TaeKwonDo. In 1981 he went to teach in North Korea, leading to TaeKwonDo being spread to all communist countries.
3. Five months before General Choi died he contacted Taekwondo Times about his desire to be buried in Korea. His family all lived in Toronto, Canada, but he believed as the founder of TaeKwon-Do he should be buried in Korean land. Taekwondo Times sent letters to the leader and minister of N. & S. Korea, as well as WTF President Won Young Kim to request General Choi being buried in Korea, but the WTF President said no. This is why Gen. Choi is buried in N. Korea. 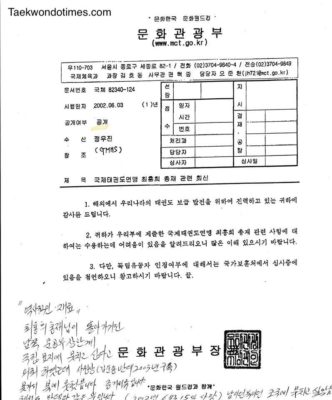 Korean Prime Minister’s rejection letter to our request for General Choi to be buried in S. Korea at the suggestion of the WTF President. Sent to Taekwondo Times on behalf of General Choi.

This is TKD history and the true story behind this time in Gen. Choi’s life

For more of the latest Martial Arts news and for insights from legendary Martial Arts Masters from around the world, subscribe to Taekwondo Times Magazine!