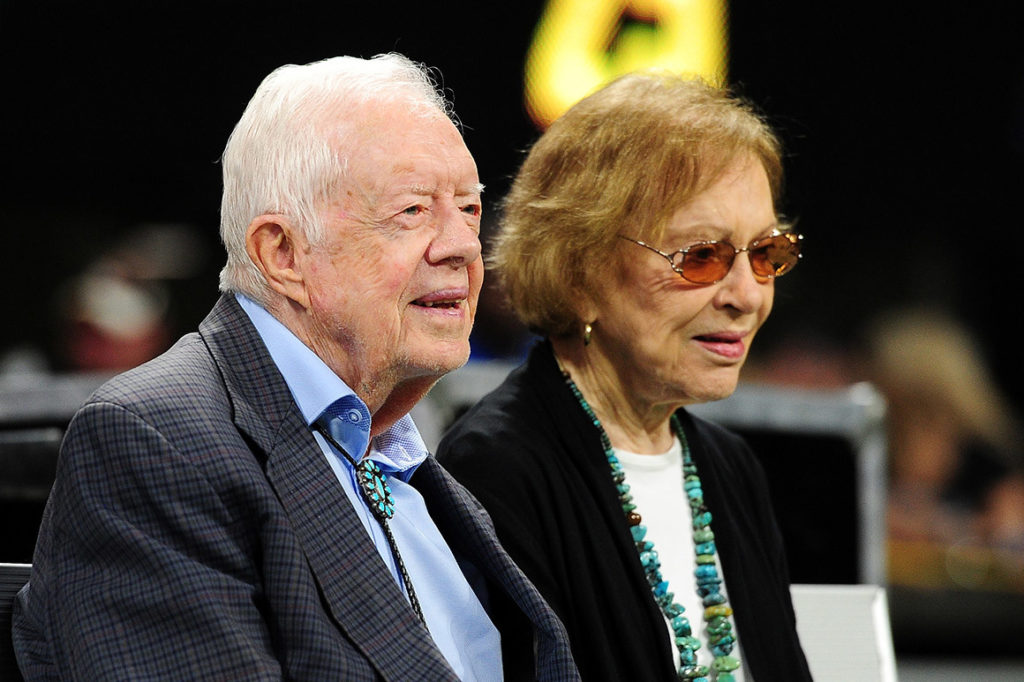 This article is from early March, but we at Taekwondo Times believe that this is still relevant and worth raising awareness of in a time where discovering and building bridges towards peace is more important than ever.

” Former President Jimmy Carter — who once brokered a nuclear agreement with Kim Jong Un’s grandfather in the 1990s — is offering to travel to North Korea to try and break President Donald Trump’s deadlock with the North Korean dictator.

The offer was described by Rep. Ro Khanna (D-Calif.), who met with the former president in Atlanta in early March.

In 1994, Carter became the first U.S. president ever to visit North Korea when he met with Kim Il Sung, the founder of North Korea and grandfather of the current leader, Kim Jong Un. Together, the two developed a bilateral, “step-by-step plan to get to the point of peace and work toward denuclearization,’’ Khanna said.

Carter, now 94, no longer travels but told Khanna that he would go to North Korea if the Trump administration wanted his assistance. Khanna noted that Carter is “perhaps the only person in the nation” who had direct contact and negotiations with Kim’s grandfather, a revered figure in North Korea. And with that “weight of history,” he added, Carter may be in a unique position to assist Trump in his nuclear talks with the current North Korean dictator after the two leaders left a recent summit in Vietnam with no agreement on how to move forward.

Khanna — a member of the House Armed Services Committee who sits on the intelligence and emerging threats subpanel — said his meeting with Carter presented a possible role he could play in helping to build on past negotiations. With Carter’s blessing, Khanna said, he will now work to revive the 12-point strategy for denuclearization that Carter drew up with Kim Il Sung, “amend it’’ and aim to release a new joint framework that he hopes could assist the current administration.

Robert Malley, a conflict specialist and foreign policy point man who served in the Obama administration, has also agreed to be involved in the effort, Khanna said.

Robert Malley said: “The administration faces real dilemmas about how to move forward,”  “That makes it a good time to take a step back and talk to those who have experience on this issue and on dealing with North Korea. President Carter fits that description. He’s dealt with North Korea’s leadership at the highest level more than almost any American. So, yes, it would make a lot of sense for the Trump administration to talk to him.”

One of a few potential hurdles in the Trump administration’s potential collaboration with former President Jimmy Carter is Trump’s national security adviser John Bolton, who had a key role in squelching the earlier denuclearization agreement.

After Carter negotiated with Kim’s grandfather, who died shortly after their meeting, the Democrat continued in his efforts to get the 12-point agreement completed. He met with President Bill Clinton, whose administration attempted to negotiate with Kim Jong Il, the current dictator’s father. But Clinton was unable to nail down an agreement to adopt the 12-point strategy, and Bolton eventually helped quash further efforts during the George W. Bush administration.

Khanna acknowledged it may be a long shot for the Trump administration to welcome Carter’s involvement in the peace process. But, he noted, “the stakes are enormous,’’ especially with reports that the North Koreans are beginning to rebuild key missile test facilities surfacing just days after the end of the second Trump-Kim summit.

“The fact that Carter is willing to engage Kim Jong Un is a good thing,’’ he said, adding that the former president’s involvement could be a “win-win” for Trump. The president could get a major foreign policy win, while gaining rare support from Capitol Hill Democrats in the process, he insisted.  ”

This is a time in our world history where pursuing avenues towards peace and universal prosperity is more important than ever. Taekwondo Times and Taekwondo founder General Choi Hong Hi have dreamed for many years of peace between North & South Korea. During the U.S. Goodwill tours of 2008 & 2011 martial artists from North & South Korea came together for the first time as one Korean people. This unity led to the International Taekwondo Federation founded by General Choi Hong Hi being allowed back into South Korea for the first time in over 45 years. This journey towards peace through martial arts pioneered by Taekwondo Times founder Grandmaster Woojin Jung recently was reported in a BBC documentary on KBS which is also available for viewing here on Taekwondotimes.com

KBS Journey to Peace Through Taekwondo