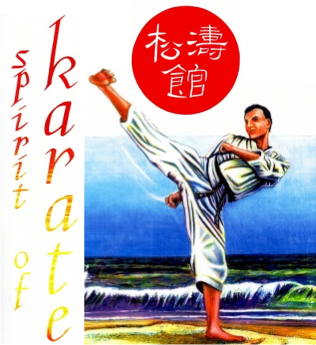 After 1 appearance at the 2020 Olympics, Karate’s exclusion from the Paris 2024 Olympic program is being criticized by the sport’s governing body and various national associations after being left out of the list of four additional sports for the Games.

The world karate association issued a statement on Friday saying it was “deeply saddened” by the omission.

“We believed that we had met all the requirements and that we had the perfect conditions to be added to the sports program; however, we have learned today that our dream will not be coming true,” president Antonio Espinos said in a statement on the organization’s official website.

“France is one of the strongest countries in Karate. We had hopes of being in Paris in 2024 due to the strength and popularity of the sport in France.”

Karate, which will make its Olympic debut at Tokyo 2020, was missing from the list of four sports recommended for the 2024 Summer Games, which included surfing, skateboarding, sport climbing and breakdancing.

The association of Japan, which has won the most medals in the world karate championships, also condemned the move.

“This (announcement) came even before people were able to see karate at the Tokyo Olympics. This will bring the mood down ahead of Tokyo,” said general secretary Shuji Kusaka.

The karate association of Spain, the fourth best performing nation of all time at the world championships, behind Japan, France and Great Britain, was also critical of the exclusion.

“Karate suffered a massive setback. The karate community feels sadness, frustration and above all impotence right now,” said its statement.

“We will be at Tokyo 2020 at the highest level and we’ll show the world that our sport is as worthy as others and we will show the Paris 2024 organizing committee how wrong they are.”