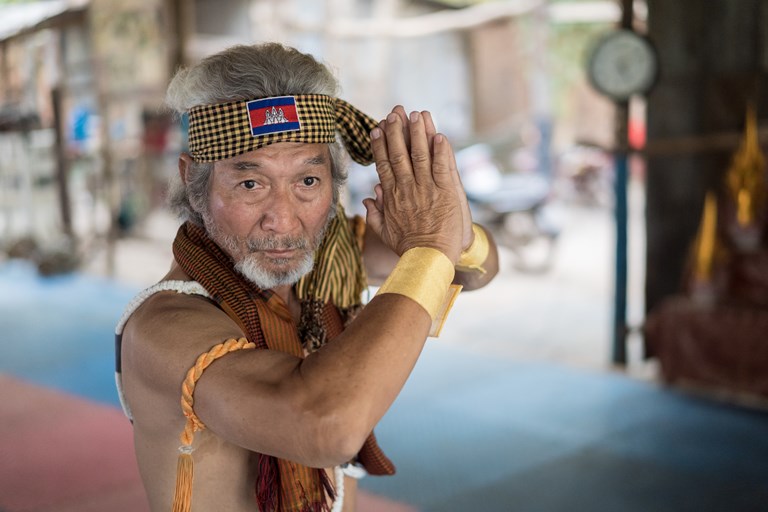 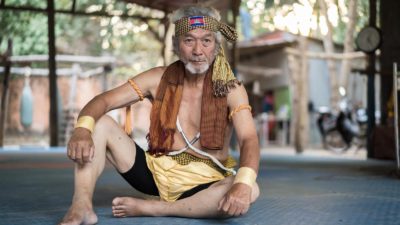 The story of San Kim Sean, which he is grateful to relay in the shade of his training camp during a scorching Cambodian September, really begins some 800 years ago with the birth of his martial art, bokator. Like most everything here in Siem Reap, where tourists flock to see the Angkor Wat temple complex, the roots stretch to the Khmer empire.

Kim Sean, 73, repeats the word for emphasis: “empire.” Known to his students as “Grandmaster,” he flips through a book he illustrated and wrote describing some of the supposedly thousands of moves in bokator. A black-and-white drawing of a man with a six-pack and bulging muscles angles one elbow to the ground and another in the air for the page on “elbow-hooking.” Instructions read: “Keep elbow in straight down-top position, with fingers hooked. Push elbow down strongly.” Some of these techniques, he says, are even carved into Angkor Wat. “Like America’s now strong, they have a good army and good weapons. At that time Khmer empire [was] like America now.” 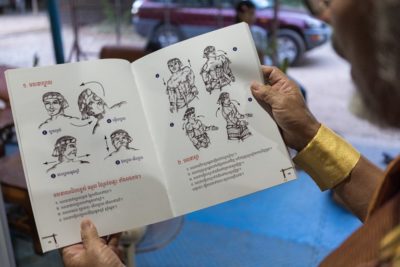 Grandmaster Kim Sean shows the book that he illustrated and wrote describing the moves in Bokator. 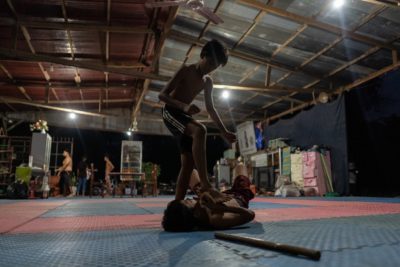 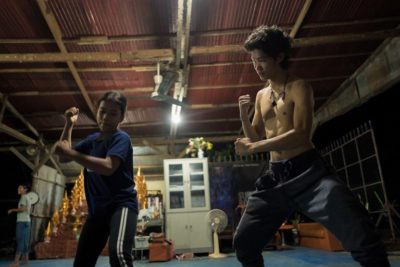 Grandmaster Kim Sean’s son explains some moves to a young a Bokator student.

You probably haven’t heard of bokator, which lacks the profile of Korea’s taekwondo or Thailand’s muay thai. At a time when AsiaOne, UFC and countless fighting retreats have brought a mixed martial arts surge, no longer simply attracting back-alley bets, Kim Sean wants the world to think of bokator when they think of Cambodian fighting. And, perhaps more important, the founder of the Bokator Federation wants Cambodians to think so too.

Kim Sean wanted to be an action star when he was 13 years old. So when he found out an uncle could teach him bokator — some mysterious, ancient fighting art — he thought it was his way to the big screen. He was still working toward that dream when the genocidal Khmer Rouge took power in 1975. Kim Sean was sent to Pursat province in the west of the country and “ate grass with the cows,” he says, to keep from starving.

Most know about how the communists targeted intellectuals and the educated. But Kim Sean says they also went after those who knew martial arts because they could defend themselves: “You know how good martial artists [are]? One against five, one against 10. You know what I mean?” More likely, the Khmer Rouge targeted the tradition after it was arbitrarily labeled bourgeois. Kim Sean wouldn’t dare utter the word bokator. He played dumb. Like others, he kept his history quiet and tried to survive the start of a new one. 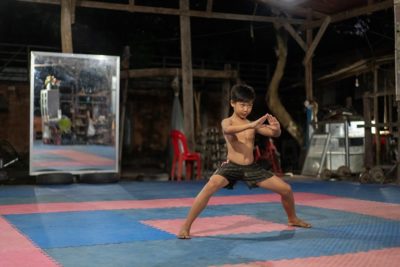 A Bokator student exercises during a training session at Grandmaster Kim Sean’s gym in Siem Reap. 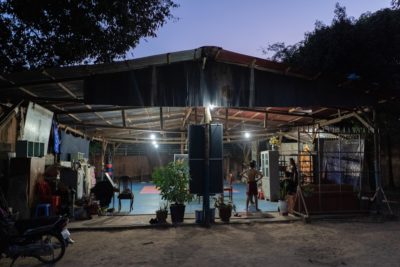 Students get ready for a training session of Bokator. 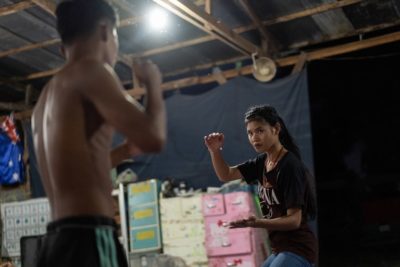 After the regime fell, Kim Sean began walking toward Thailand. He dodged remnants of the Khmer Rouge and crossed minefields, where he saw others take wrong steps. In a Thai refugee camp, he got a sponsor from the YMCA and a ticket to Houston in 1980. In the U.S., he built a life teaching Hapkido, a Korean martial art known for its practitioners tossing opponents through the air. But bokator was still on his mind. Unfortunately, he couldn’t teach it in America without a license. And for a license he needed a certificate of expertise. Being one of the last surviving people to know the form even existed, he was out of luck.

The old man blames himself, in part, for bokator’s dwindling. He taught another country’s martial art for decades, ignoring his own people’s history — that same sin from Khmer Rouge times. “I hate myself” for it, he says. He returned to Cambodia in the early 2000s with a mission. He would travel the country, looking for anyone who might still have knowledge of bokator.

He roamed the countryside, often on foot, finding around 20 elders who knew something of the sport, he says. He told them if they didn’t help spread their knowledge, they’d be cursed. He ordered them to teach at least five people in their village. “But tell them this is bokator. Not another name.” 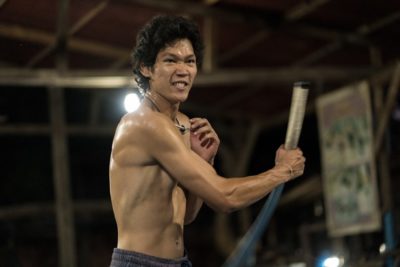 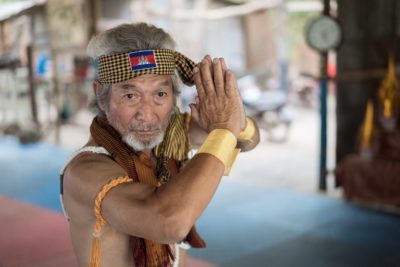 Cambodia has another, more popular fighting style called kun Khmer. On most days you can catch a match in the capital city of Phnom Penh. Bokator and kun Khmer hold an uneasy truce. Bokator supporters believe they represent the purest Cambodian style, while kun Khmer fans see bokator moves as more theatrical than practical. Kwuok Leung, co-founder at Kingdom Fight Gym in Siem Reap, also traces kun Khmer to the Khmer empire and carvings on Angkor Wat. “No disrespect; [bokator and kun Khmer] have a lot of similarities. But kun Khmer focuses more on the fight aspect, where bokator is more on the ‘show’ side of it,” he says.

Now, Kim Sean says, there are around 200 teachers for the sport, although his small training camp is the only one readily found by foreigners. He applied to UNESCO for bokator to be added to the World Heritage list, which would boost its international cachet. A documentary about Kim Sean’s life, Surviving Bokator, premiered at the Austin Film Festival this year. His son, Reach Norkor, who also trains at the camp, goes so far as to say all other martial arts in the region are a subset of bokator. “It’s like the big bang” for fighting technique in the region, he says. “The pure form.”

Lucas Rosa is a Watson Fellow from the U.S. on a yearlong project entitled “Mixed Martial Arts: A Philosophical Perspective.” His first research stop was Kim Sean’s camp, where he trained daily for months. “The thing that’s crazy about bokator is that it blends together all three components of martial arts,” Rosa says, including take-downs, grappling and striking. But he’s most fascinated by the striking technique — how there’s no wind-up, no warning.

One of his first days at the camp, Kim Sean showed Rosa the “bokator punch.” Rosa was doubtful he’d be impressed but held the pads for the elderly man. From a standing position, Kim Sean threw a fast, powerful hit — “elastic,” Rosa says — that knocked the pads out of his hand. Rosa was floored. Luckily, he caught the moment on video and could post it to Instagram.

Link to original article at OZY: