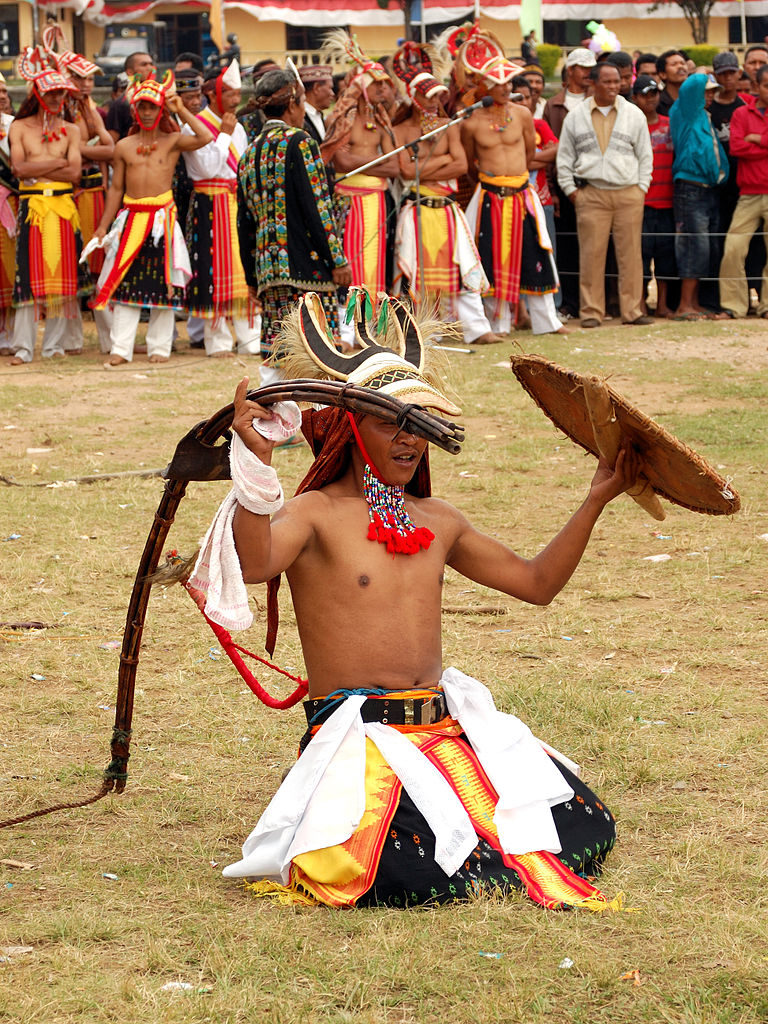 With bright colours flashing in the sunlight and fighters lunging at each other holding long, looping whips, martial arts fighters in Indonesia dueled during a traditional festival earlier this year. Cheered by spectators, the martial art practised by the Manggarai people from southern Indonesia involves two men wearing masks and wielding shields and whips made out of rattan. A fighter wins by hitting his opponent in the face or the head. Full of symbolism the leather-handled whips represent masculinity and the sky, while the round shields stand for femininity, the womb and the earth. The festival took place in Subaya, Indonesia’s second largest city, earlier this year, aims to preserve and promote Caci and the Manggarai culture. It is held so “the tradition won’t be eroded by time and the modern life”, says the organizer. In ancient times, the fighters in the Manggarai peoples’ province of East Nusa Tenggara province were men from different villages who competed against each other to celebrate the harvest season.

For more information and to keep up with the latest Taekwondo Times News follow us on social media: