Houston Alexander; Giving Back To The Community 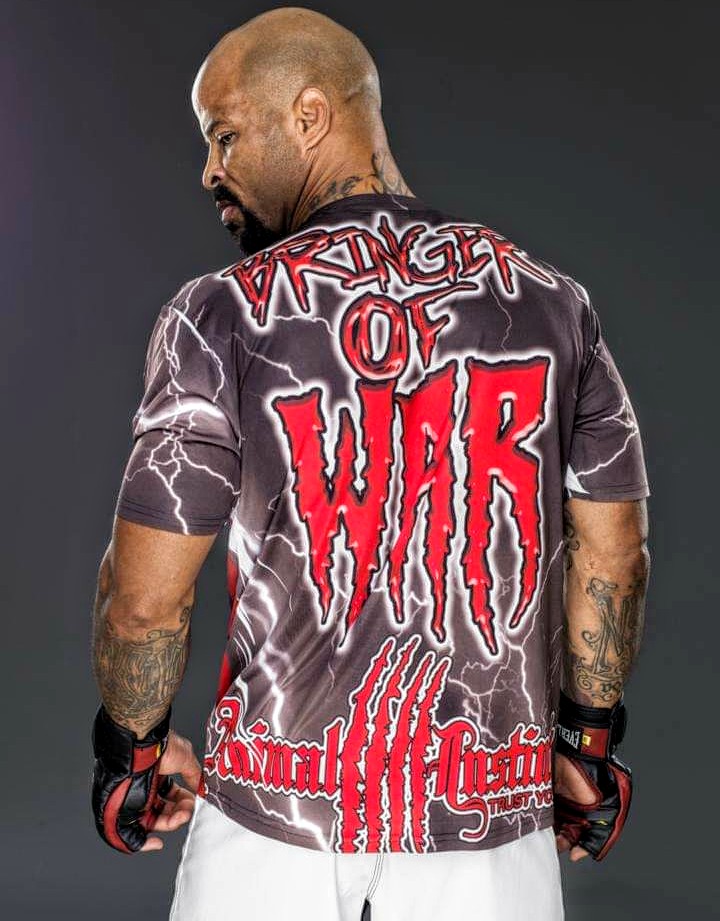 Houston Alexander is a unique competitor. He is from Omaha, Nebraska, and has competed in the UFC®, Primus Fighting Championship, Bellator’s Light Heavyweight division, Shark Fights, the RFS, KSW, and Adrenaline MMA. He has been a professional competitor since 2001 is known for his punchining ability. Alexander began his career with a 6-1-0-1 record, including five strike-related finishes.

Outside the cage, Alexander is all about all forms of hip hop. A well known b-boy and street artist, he also keeps up with his lifelong love of music as a local DJ and radio host at Power 106.9 FM in Omaha.

A well-known community leader, Houston is passionate about giving back. Alexander has muscles and tattoos, but also a kind heart. He regularly speaks about leadership and wellness to the youth organizations. He facilitates a weekly free Hip-Hop open floor night in Omaha. His next round of school presentations begin next month. He wants young people to have an outlet for their talent and energy.

He has been quoted as saying; “Boxing is like dancing. Mixed martial arts is movement. It’s like dancing, so that’s how I treat it,”. MMA matches are a hobby and he says he’ll continue to train.

The former Ultimate Fighting Championship athlete and MMA competitor has made Omaha his community project, encouraging positivity in schools. Last year, he formed a non-profit organization so that he can reach out to young people with his “Culture Shock” tour.

“I go into the schools and teach kids about hip-hop culture. It’s about music, dance and art. As a kid,  the art and the dance kept me out of trouble,” said Alexander.

Since 2003, Alexander’s presented to more than 450 Nebraska schools. During school visits, he gives away bicycles to students who’ve turned their grades around or made changes with a positive impact. He also wants to offer them the outlet of Hip-Hop.

“Because what the kids are getting is a lot of negative from radio and TV. And so our job is to go into the schools and teach them the positive aspects of hip hop culture,” said Alexander.

There’s no question Alexander has a celebrity vibe because of his boxing career and radio show.

On Friday, the Houston Alexander Foundation is hosting their first fundraiser. It includes talented rapper Twista, at the Waiting Room in Omaha on Friday, January 16. Tickets are $18. Donations can be made on the foundation website, www.houstonalexander.org