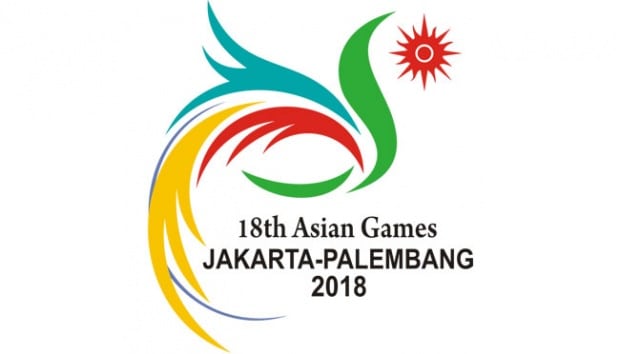 Wushu, a traditional Chinese martial arts form, is divided into two categories — taolu and sanda. Taolu deals with predetermined,  movements where the contestants are judged on their technique against imaginary attackers. Sanda, is a full-contact sport, resembling wrestling or kick-boxing with a lot of grappling.

A Japanese traditional martial arts form, ju-jitsu is a grappling-oriented combat sport that involves a lot of ground fighting. Matches are won by points or submission.

Sambo, a mix of judo and wrestling, was developed by the Russian army in the 1920s. The name is an acronym of a Russian expression that translates as ‘unarmed self-defence’. Striking isn’t allowed and points are won by throws or submissions.

A traditional martial arts form from Uzbekistan, the main difference between kurash and other martial arts is the absence of ground fighting. It is an upper-body-only form involving a lot of standing techniques.

Pencak silat is a form of fighting that originated in Indonesia as a means of self-defence and turned into a competitive sport. It is a full-body sport that involves, striking, grappling techniques and throwing along with the use of certain types of weapons.

Which means “gentle way” in Japanese, it was derived from the ancient techniques of jiu-jitsu. It is the most widely-practiced martial art in the world, and the second-most practiced sport worldwide behind soccer. judokas, win a match by either achieving ippon, gaining two scores of waza-ari (and hence ippon) or having accumulated more points than the opponent by the end of a bout.

It is a striking, kicking and punching art. Karate consists of kata (forms) and kumite (sparring). A kata is an exhibition of a series of movements and techniques done in a pattern. And in kumite, two karatekas aim to strike, kick or punch each other with explosive energy and precise technique.

Taekwondo is Korea’s national sport. South Korea, has been the most dominating country in the sport at the Asian Games, winning 70 medals. But because of its utility as a self-defence skill, Taekwondo has spread over the world and has an estimated 80 million enthusiasts worldwide. Poomsae and Kyorugi are the two different Taekwondo competitions at the Asian Games. Poonsae is an exhibition of a sequence of movements consisting a variety of stances, blocks, punches and kicks. Kyorugi involves sparring with an opponent on a court. It is also worth mentioning that N Korea and S Korea marched in the opening ceremonies as a unified team. 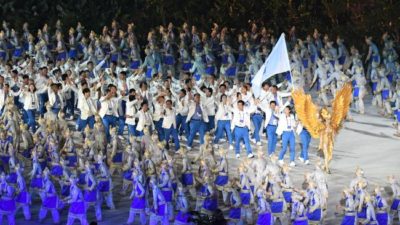 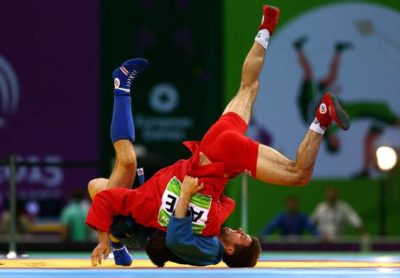 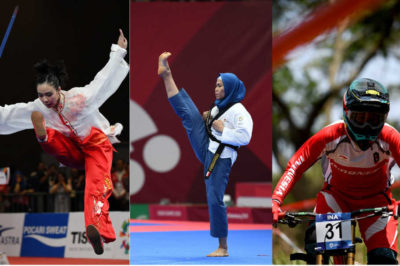 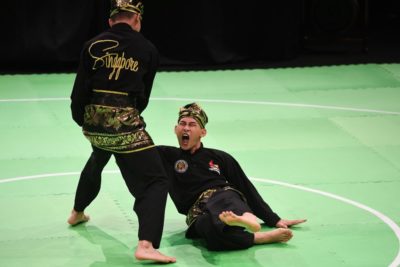 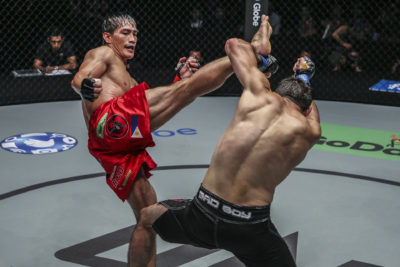 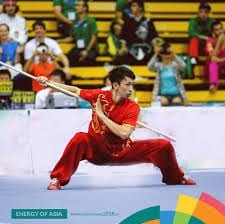