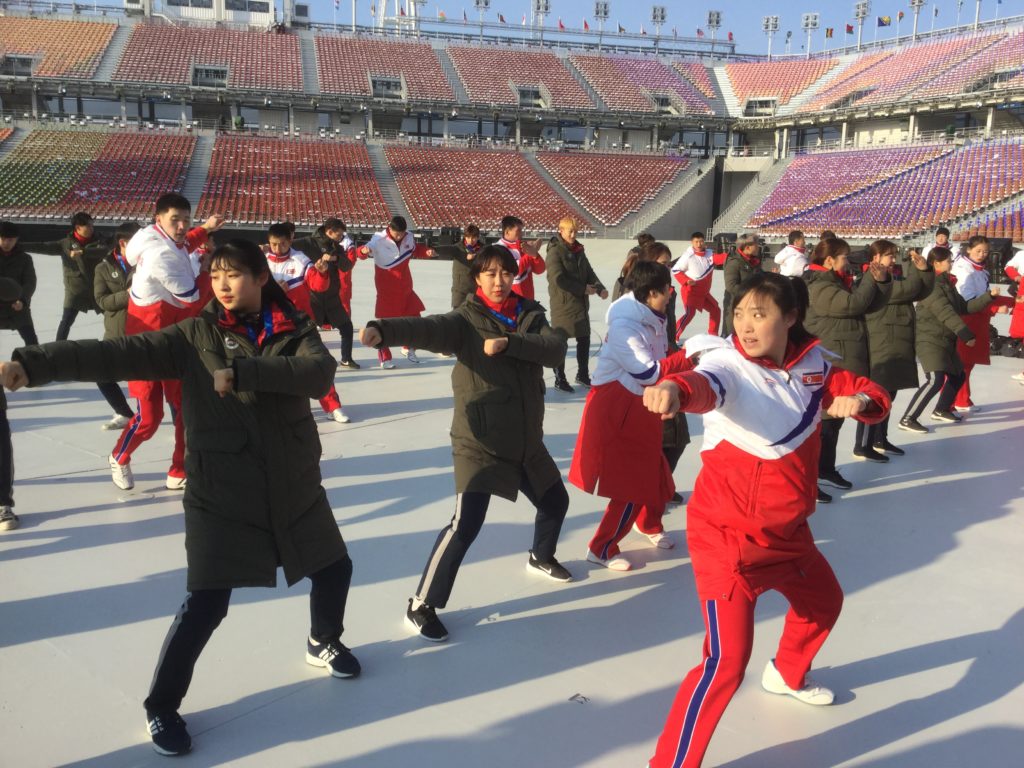 The International Taekwon-Do Federation (ITF), which was formed in Seoul Korea in March of 1966, will perform joint demonstrations with the World Taekwondo (WT), formerly called the WTF, also founded in Seoul Korea in May of 1973. These 4 performances are a result of the historic Protocol Of Accord signed at the occasion of the last Youth Olympic Games by Prof. Chang Ung, PhD, past president of the ITF and Official IOC Member and Dr. Choue Chung-Won, PhD, President of the WT. Prof. Chang now serves as Honorary Life President of the ITF, after being succeeded by Master Ri Yong-Son, a long time ITF official serving in many capacities at the ITF Headquarters in Vienna Austria. The ITF was relocated to Vienna Austria in 1985 from Toronto Canada, where it was located from 1972 to 1985, by the late General Choi Hong-Hi, the principle founder of the Original Taekwon-Do. General Choi served as founding President of the ITF until his passing in 2002. President Ri also serves as a Vice President of the National Olympic Committee of Pyongyang, Korea.

Two of joint performances will be held in Pyeongchang, the site of the 2018 Winter Olympics. The remaining two shows will be held in Seoul, the capital city of the ROK. One Demonstration will be at famous Seoul City Hall and the other at major television outlet MBC. Taekwon-Do Diplomacy began in 1959, under General Choi’s leadership. His efforts have led to untold millions of people around the world benefiting from his Korean Martial Art of Taekwon-Do, which the WTF has successfully made into an Official Olympic Sport. Now Tae Kwon Do is helping to foster better relationships between the 2 Koreas! This was part of Ambassador CHOI Hong-Hi’s dream of “building a more peaceful world and helping to reunite his beloved homeland of Korea.
TONG- IL
Grandmaster Jung Woo-Jin, CEO & Publisher of TaeKwonDo Times Magazine will be on hand to witness history in the making. It is Grandmaster Jung who has been working tirelessly since the early 1990s to help use Tae Kwon Do to build the better world General Choi envisioned. TKD Times Magazine’s motto is “UNITING THE WORLD THROUGH MARTIAL ARTS”
When General Choi passed away, he handed the baton of Taekwon-Do Diplomacy to Grandmaster Jung. Since that time, Grandmaster Jung has led several goodwill tours to north Korea with many Americans and martial artists from around the world. He also hosted the Chosun National ITF Demonstration Team from North Korea, as he led them on goodwill tours in 2007 and 2011. The first tour went from the west coast of the Pacific Ocean to the east coast of the Atlantic Ocean. This was simply an unprecedented cultural exchange between the 2 Countries.